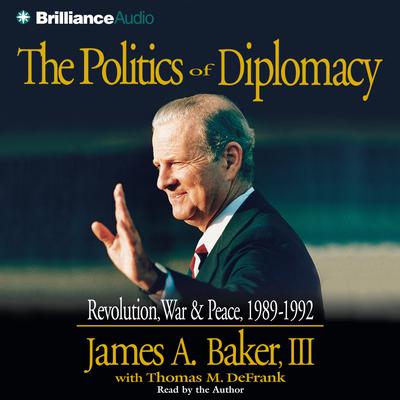 Few men have played such a critical role in the most pivotal events of the second half of the twentieth century. In this audio presentation - in his own words and his own voice - James A. Baker, III uses his unique perspective to take us inside those events and the personalities involved in them: the collapse of Communism, the Berlin Wall, and the Soviet Union itself; the reunification of Germany; the remarkable negotiations behind the coalition-building of the Gulf War; and the even more remarkable talks that led Israelis and Arabs to the same conference table for the first time in decades. But as the title indicates, this is also the story of the rough-and-tumble politics of diplomacy and the personalities who have shaped the world at the end of the century: Gorbachev, Yeltsin, Thatcher, Mitterrand, Kohl, Shamir, Mubarak, Assad, Kings Fahd and Hussein, and Baker's friend, George Herbert Walker Bush, the 41st President of the United States.