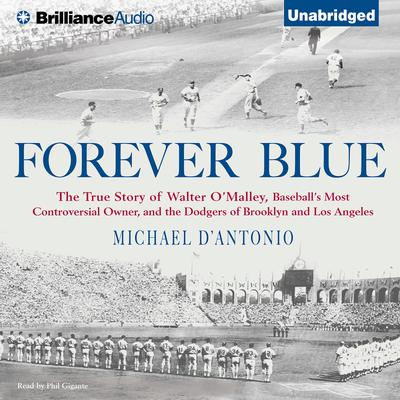 The True Story of Walter O'Malley, Baseball's Most Controversial Owner and the Dodgers of Brooklyn and Los Angeles

Resented by some in New York and beloved in Los Angeles, O’Malley is one of the most controversial owners in the history of American sports. He remade major league baseball and altered the course of history in both Brooklyn and Los Angeles when he moved the Dodgers to California. But while many New York critics attacked him, O’Malley looked to the future, declining to argue his case. As a result, fans across the nation have been unable to stop arguing about him—until now.

Using never-before-seen documents and candid interviews with O’Malley’s players, associates, and relatives, Pulitzer Prize-winning writer Michael D’Antonio finally reveals this complex sportsman and industry pioneer. Born into Tammany Hall connections, O’Malley used political contacts to grow wealthy during the Great Depression, and then maneuvered to take control of the formerly downtrodden Dodgers. After his defeat in a war of wills with the famed power broker Robert Moses, O’Malley uprooted the borough’s team and transplanted them to Los Angeles. Once in Los Angeles, O’Malley overcame opponents of his stadium and helped define the city. Other owners came to regard him as their unofficial commissioner as he worked behind the scenes to usher in the age of the players’ union and free agency.

Filled with new revelations about O’Malley’s battle with Moses, his pioneering business strategies, and his relationship with Jackie Robinson, Forever Blue is a fascinating history of baseball, business, and the American West.