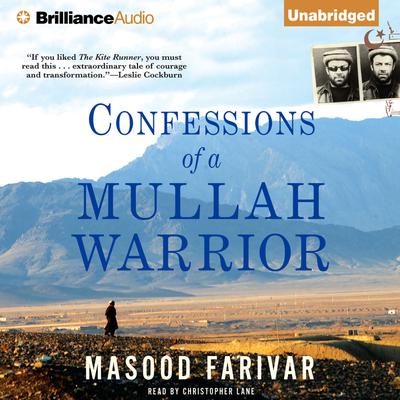 Confessions of a Mullah Warrior

Masood Farivar was ten years old when his childhood in peaceful and prosperous Afghanistan was shattered by the Soviet invasion in 1979. He fled to Pakistan with his family and came of age in a madrassah for refugees. At eighteen, he defied his parents and returned home to join the jihad, fighting beside not only the Afghan mujahideen but also Arab and Pakistani volunteers. Farivar was stationed at Tora Bora and spent the next two years training for, fighting in, and reporting on the conflict. After the Soviets pulled out of Afghanistan in 1989, Farivar made his way from the caves of Tora Bora to Lawrenceville School, a private academy in suburban New Jersey, where he spent a year shoring up his academic credentials before moving on to Harvard. After graduating from Harvard with a degree in history and politics, Farivar traveled the United States by car and finally moved to New York City to pursue a career in journalism. During his ten years in the city, he witnessed the horror of 9/11, made several heartbreaking trips home to visit his family, and was ultimately propelled home for good in 2007. He now serves his country by running a national radio program. At a time when the war in Afghanistan is the focus of renewed attention, and its outcome is more crucial than ever to our own security, Farivar draws on his unique experience as a native Afghan, a former mujahideen fighter, and a longtime U.S. resident to provide unprecedented insight into the ongoing collision between Islam and the West. This is a visceral, clear-eyed, and illuminating memoir from an indispensable new voice on the world stage. An Atlantic Monthly Press book