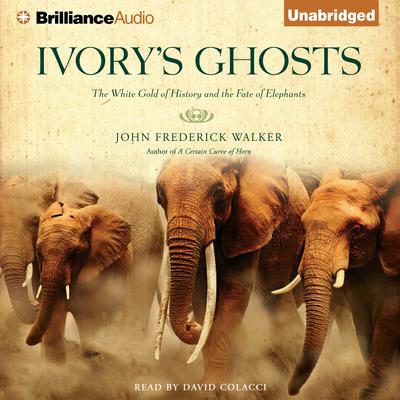 The White Gold of History and the Fate of Elephants

Long before gold and gemstones held allure, humans were drawn to the “jewels of the elephant” – its great tusks. Ivory is a supreme organic treasure, prized throughout the world for its pale, lustrous beauty and ability to be finely carved. In Ivory’s Ghosts, John Frederick Walker layers rich history and firsthand reportage to tell the fascinating and sometimes savage story of ivory’s enormous impact on both human history and that of its most important source: the majestic African elephant. Coveted since prehistory, ivory was the master carver’s medium in cultures from ancient Egypt to the industrializing United States. It was used for sacred amulets, classical nudes, intricate Baroque sculptures, Japanese netsuke, piano keys, and billiard balls. By the nineteenth century ivory had become the plastic of its age, and a global addiction drove the exploration and exploitation of Africa at immense human and animal cost. Insatiable demand led to the wholesale slaughter of elephants. By the 1980s, organized poaching reached record levels in East Africa, provoking an international outcry that led to an ivory trade ban still in effect today. Yet the ban has failed to stop poaching – or end the bitter, emotional debate over what to do with the legitimate and growing stockpiles of ivory from elephants that die of natural causes. In Ivory’s Ghosts, John Frederick Walker builds a wrenching – and utterly compelling – argument that it is time to ask whether a controlled return to the ivory trade could help, rather than hurt, elephants. A richly detailed account of the troubled relationship between material desire and environmental welfare, Ivory’s Ghosts is a deeply felt examination of both ivory’s past and its uncertain future – and the future of elephants themselves.