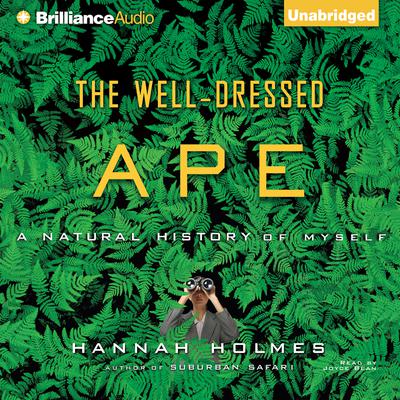 A Natural History of Myself

THE WELL-DRESSED APE, aka Homo sapiens, is a strange mammal. It thinks of itself as complex, intelligent, and in every way superior to other animals – but is it, really? With wit, humility, and penetrating insight, science journalist Hannah Holmes casts the inquisitive eye of a trained researcher and reporter on...herself. And not just on herself, but on our whole species – what Shakespeare called “the paragon of animals.” In this surprising, humorous, and edifying audio, Holmes explores how the human animal fits into the natural world, even as we humans change that world in both constructive and destructive ways. Comparing and contrasting the biology and behavior of humans with that of other creatures, Holmes demonstrates our position as an animal among other animals, a product of – and subject to – the same evolutionary processes. And not only are we animals – we are, in some important ways (such as our senses of smell and of vision), pitiably inferior ones. That such an animal came to exist at all is unlikely. That we have survived and prospered is extraordinary. At the same time, Holmes reveals the ways in which Homo sapiens stands apart from other animals. Despite the vast common ground we share with our fellow creatures, there are significant areas in which we are unique — our capacity for self-reflective thought and our talent for changing ourselves in response to natural challenges. Deftly mixing personal stories and observations with the latest scientific theories and research results, Hannah Holmes has fashioned an engaging and informative field guide to that oddest and yet most fascinating of primates: ourselves.