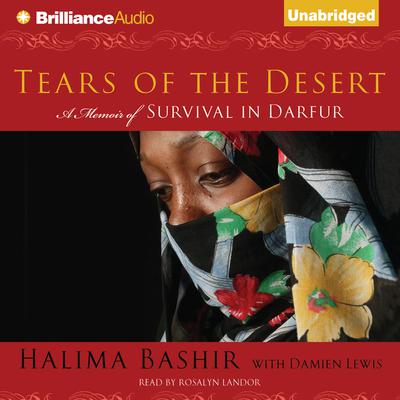 Tears of the Desert

A Memoir of Survival in Darfur

Born into the Zaghawa tribe in the Sudanese desert, Halima was doted on by her father, a cattle herder, and kept in line by her formidable grandmother. A politically astute man, Halima’s father saw to it that his daughter received a good education away from their rural surroundings. Halima excelled in her studies and exams, surpassing even the privileged Arab girls who looked down their noses at the black Africans. With her love of learning and her father’s support, Halima went on to study medicine, and at twenty-four she became her village’s first formal doctor. Yet not even the symbol of good luck that dotted her eye could protect her from the encroaching conflict that would consume her land. Janjaweed Arab militias started savagely assaulting the Zaghawa, often with the backing of the Sudanese military. Then, in early 2004, the Janjaweed attacked Bashir’s village and surrounding areas, raping forty-two schoolgirls and their teachers. Bashir, who treated the traumatized victims, some as young as eight years old, could no longer remain quiet. But breaking her silence ignited a horrifying turn of events. In this harrowing and heartbreaking account, Halima Bashir sheds light on the hundreds of thousands of innocent lives being eradicated in what has surely become the most terrifying genocide of the twenty-first century. Raw and riveting, Tears of the Desert is more than just a memoir – it is Halima Bashir’s global call to action.