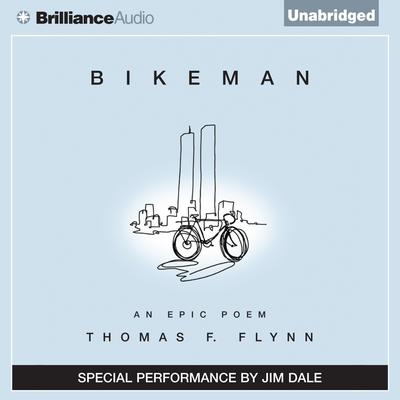 I live to talk about it, to relate the tale as it happens, not only its extremities and cruelty, but also the goodness that flourishes too. Seasoned journalist Tom Flynn shares his experiences on that “forever September morning” from his perspective as a journalist and neutral observer who stands apart from the event, but also as a participant, a survivor, and now a defining chronicler of the morning that changed our nation forever -- September 11, 2001. What began with a bicycle ride to the World Trade Center to cover the first tower’s attack, continued as the tower fell and Flynn found himself both bearing witness to, and with a disquieting view, participating in, the very event his well-trained journalistic senses intended to record and report. From those whose deaths revealed the most private moments of their lives, to those who helped guide the way to safety like the medic Avi who called him Bikeman, Flynn writes of the fellowship he felt toward others who shared his experience. In Bikeman, you will experience the battle against the blackness of a “boiling brimstone avalanche” of chaos, silence, life, death, heat, ash, and the rising and falling of the gray-colored unknown. “We did not live through it, we just did not die,” Flynn writes. What sets his story apart from other 9/11 accounts is his visceral interpretation of the event through a journalist’s eye and a poet’s pen. He has composed a historical ballad that is part quest, part memoir, part eulogy, and part survivor’s lament, conveying the events of that morning in harrowing, unforgettable detail.