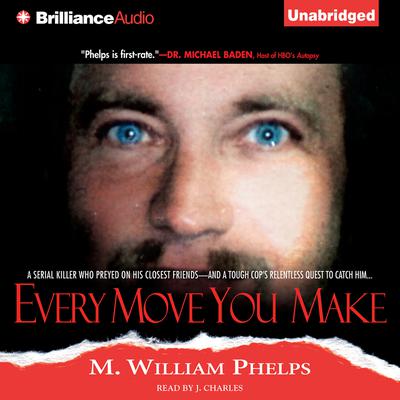 Every Move You Make

Con Man
In December 1989, in upstate New York, Gary C. Evans, 35, a master of disguise and career criminal who had befriended David “Son of Sam” Berkowitz, began weaving a web of deadly lies. Evans told a female friend that Damien Cuomo, the father of her child, had deserted her. Of that he could be certain, since he’d killed Cuomo, and subsequently struck up a ten-year romance with the woman while tricking her into believing Cuomo was still alive.

End Game
For more than thirteen years, Evans and Horton maintained an odd relationship—part friendship, part manipulation—with Evans serving as a snitch while the tenacious investigator searched for the answers that would put him away. After Horton used Evans as a pawn to obtain a confession from a local killer, Evans led Horton in a final game of cat-and-mouse: a battle of wits that would culminate in the most shocking death of all.…