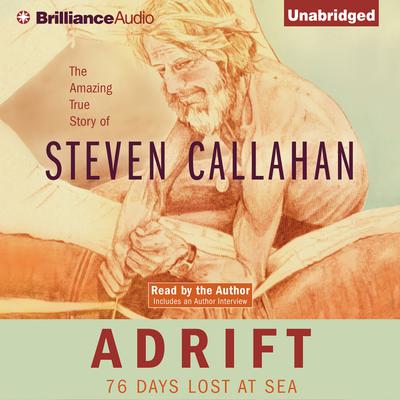 Before The Perfect Storm, before In the Heart of the Sea, Steven Callahan’s Adrift chronicled one of the most astounding voyages of the century and one of the great sea adventures of all time. In some ways the model for the new wave of adventure books, Adrift is now an undeniable seafaring classic, a riveting firsthand account by the only man known to have survived for more than a month alone at sea, fighting for his life in an inflatable raft after his small sloop capsized only six days from port.

Racked by hunger, buffeted by storms, scorched by the tropical sun, Callahan drifted for 1,800 miles, fighting off sharks with a makeshift spear and watching as nine ships passed him by. “A real human drama that delves deeply into man’s survival instincts” (Library Journal), Adrift is a story of anguish and horror, of undying heroism, hope, and survival, and a must-read for any adventure lover.

“Fascinating…a clearly written ocean yarn in which the stakes are high and a brave man wins through.” —Wall Street Journal