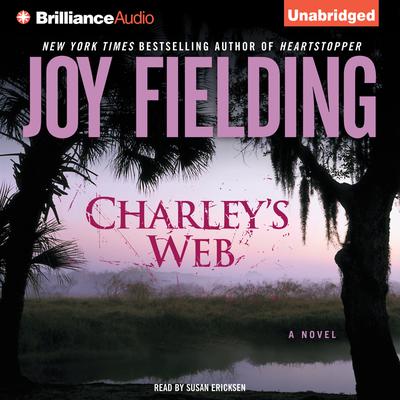 New York Times bestselling and award-winning author Joy Fielding tells the story of an ambitious journalist whose foray into the mind of a killer puts her own family in jeopardy.

Charley Webb is a beautiful single mother who writes a successful and controversial column for the Palm Beach Post. She's spent years building an emotional wall against scathing critics, snooty neighbors, and her disapproving family. But when she receives a letter from Jill Rohmer, a young woman serving time on death row for the murders of three small children, her boundaries slowly begin to fade. Jill wants Charley to write her biography so that she can share the many hidden truths about the case that failed to surface during her trial. Seeing this as a once-in-a-lifetime opportunity, Charley begins her jour-ney into the mind of this deeply troubled woman.

Her path takes a twisted turn, however, when the anonymous letters she's recently received from an angry reader evolve into threats, targeting her son and daughter. As Charley races against time to save her family, she begins to understand the value of her seemingly intrusive neighbors, friends, and relatives. As she discovers, this network of flawed but loving people might just be her only hope of getting out alive.

Filled with complex characters and a plot rich with intrigue, Charley's Web is Joy Fielding at her heart-skipping, mesmerizing best.