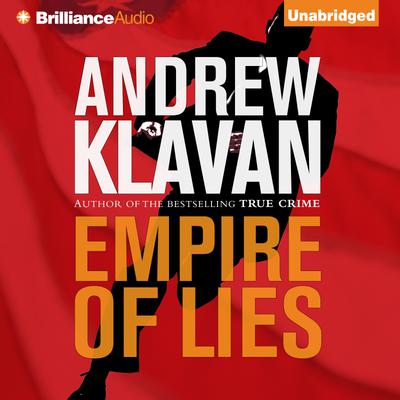 Sustained by a deep religious faith, Jason Harrow has built a stable family and become a pillar of principle and patriotism in the Midwest. Then the phone rings, and his past is on the other end of the line. A woman with whom he once shared a life of violence and desire claims her daughter is missing—and Jason is the one man who can find her.

Returning to New York City, Jason finds himself entangled in a murderous conspiracy only he can see and only he can stop—a plot that bizarrely links his private passions to the turmoil of a world at war. Hunted by terrorists and by the police, Jason has only hours to unravel an ex-lover’s lies and face the unbearable truth: In order to prevent a savage attack on his country, he’s going to have to risk his decency, his sanity, and his life.

“The most original American novelist of crime and suspense since Cornell Woolrich.” –Stephen King

“Klavan, who has a perfect sense of timing, delivers all the cliffhangers and hairpin turns that you want from a beat-the-clock suspense thriller.” –The New York Times Book Review

“Klavan writes with an artisan’s eye, a pro’s assurance, and a poet’s touch.…[He] is one of my drop-everything-and-read authors.” –Gregg Hurwitz

“Klavan winds his tale tighter and tighter until the reader is hopelessly spellbound.” –Clive Cussler