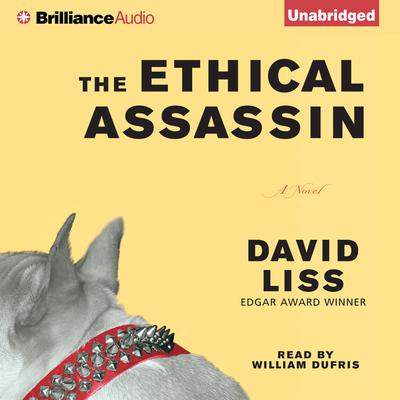 No one is more surprised than Lem Altick when it turns out he’s actually good at peddling encyclopedias door to door. He hates the predatory world of sales, but he needs the money to pay for college. Then things go horribly wrong. In a sweltering trailer in rural Florida, a couple Lem has spent hours pitching to is shot dead before his eyes, and the unassuming young man is suddenly pulled into the dark world of conspiracy and murder. Not just murder: assassination—or so claims the killer, the mysterious and strangely charismatic Melford Kean, who has struck without remorse and with remarkable good cheer. But the self-styled ethical assassin hadn’t planned on a witness, and so he makes Lem a deal: Stay quiet and there will be no problems. Go to the police and take the fall.

Before Lem can decide, he is drawn against his will into the realm of the assassin, a post-Marxist intellectual with whom he forms an unlikely (and perhaps unwise) friendship. The ethical assassin could be a charming sociopath, eco-activist, or vigilante for social justice. Lem isn’t sure what is motivating Melford, but Lem realizes that to save himself, he must unravel the mystery of why the assassinations have occurred. To do so, he descends deeper into a bizarre world he never knew existed, where a group of desperate schemers are involved in a plot that could keep Lem from leaving town alive.