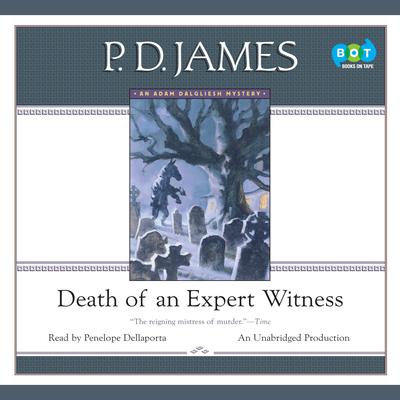 The sixth mystery in the acclaimed and bestselling Adam Dalgliesh series, which led Newsweek to crown P. D. James "the new queen of crime."

An evil-tempered forensic scientist is put to death, putting many of his colleagues out of misery. Dr. Lorrimer appeared to be the picture of a bloodless, coldly efficient scientist. Only when his brutally slain body is discovered and his secret past dissected does the image begin to change. Once again, Chief Inspector Adam Dalgliesh learns that there is more to human beings than meets the eye–and more to solving a murder than the obvious clues.

"A craftsman with a poet's vision...[P.D. James] not only detects evil but attempts to uncover the more elusive–and enduring–enigmas of the human psyche that lead to it."–Time