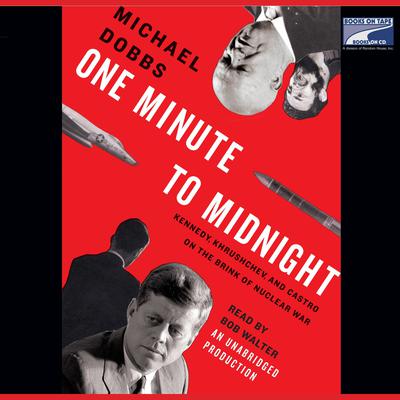 One Minute to Midnight

Kennedy, Khrushchev, and Castro on the Brink of Nuclear War

In October 1962, at the height of the Cold War, the United States and the Soviet Union appeared to be sliding inexorably toward a nuclear conflict over the placement of missiles in Cuba. Veteran Washington Post reporter Michael Dobbs has pored over previously untapped American, Soviet, and Cuban sources to produce the most authoritative book yet on the Cuban missile crisis. In his hour-by-hour chronicle of those near-fatal days, Dobbs reveals some startling new incidents that illustrate how close we came to Armageddon.

Here, for the first time, are gripping accounts of Khrushchev’s plan to destroy the U.S. naval base at Guantánamo; the accidental overflight of the Soviet Union by an American spy plane; the movement of Soviet nuclear warheads around Cuba during the tensest days of the crisis; the activities of CIA agents inside Cuba; and the crash landing of an American F-106 jet with a live nuclear weapon on board.

Dobbs takes us inside the White House and the Kremlin as Kennedy and Khrushchev agonize over the possibility of war. He shows how these two leaders recognized the terrifying realities of the nuclear age while Castro–never swayed by conventional political considerations–demonstrated the messianic ambition of a man selected by history for a unique mission. Dobbs brings us onto the decks of American ships patrolling Cuba; inside sweltering Soviet submarines and missile units as they ready their warheads; and onto the streets of Miami, where anti-Castro exiles plot the dictator’s overthrow.