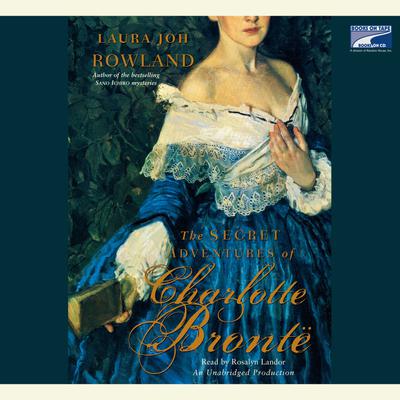 The Secret Adventures of Charlotte Bronte

Charlotte Brontë, the beloved author of Jane Eyre, lived a quiet and private life in her father’s Yorkshire parish. Or did she? What if a diary was uncovered that revealed her secret involvement in one of the most thrilling adventures of the 19th century?

Upon learning that she has been falsely accused of breaching her publishing contract, the normally mild-mannered Charlotte sets off for London to clear her name. But when she unintentionally witnesses a murder, Charlotte finds herself embroiled in a dangerous chain of events. With the aid of her sisters, Emily and Anne, and of the suspiciously well-informed but irresistibly attractive brother of the victim, Charlotte works to unravel a deadly web of intrigue that threatens not only her own safety but the very fabric of the British Empire. Charlotte is plunged into a perilous adventure and a passionate romance that leads her from the peaceful Yorkshire moors to the crime-infested streets of London, across the sea to the Continent, to the ports of Cornwall, the wilds of Scotland, and the palaces of Queen Victoria herself. Will Charlotte be able to stop a devious invisible villain whose schemes threaten her life, her family, and her country?