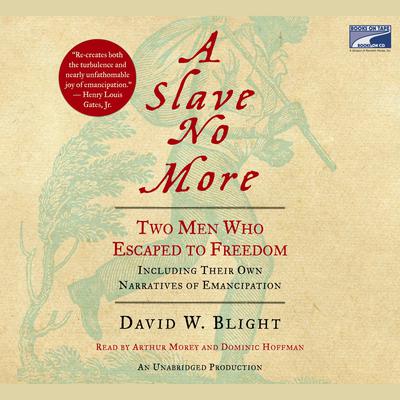 A Slave No More

Two Men Who Escaped to Freedom, Including Their Own Narratives of Emancipation

Slave narratives are extremely rare. Of the one hundred or so of these testimonies that survive, a mere handful are first-person accounts by slaves who ran away and freed themselves. Now two newly uncovered narratives, and the biographies of the men who wrote them, join that exclusive group.

Wallace Turnage was a teenage field hand on an Alabama plantation, John Washington an urban slave in Virginia. They never met. But both men saw opportunity in the chaos of the Civil War, both escaped North, and both left us remarkable accounts of their flights to freedom. Handed down through family and friends these narratives tell gripping stories of escape.

Working from an unusual abundance of genealogical material, historian David W. Blight has reconstructed Turnage’s and Washington’s childhoods as sons of white slaveholders and their climb to black working-class stability in the North, where they reunited their families. In A SLAVE NO MORE, the untold stories of two ordinary men take their place at the heart of the American experience.