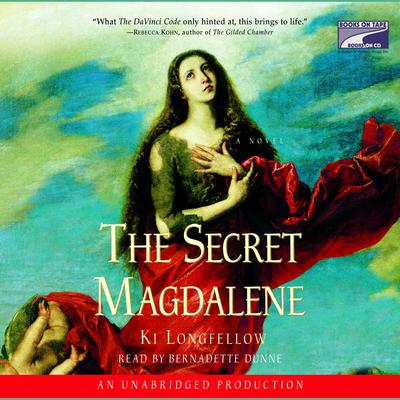 Raised like sisters, Mariamne and Salome are indulged with riches, position, and learning-a rare thing for females in Jerusalem. But Mariamne has a further gift: an illness has left her with visions; she has the power of prophecy. It is her prophesying that drives the two girls to flee to Egypt, where they study philosophy, mathematics, and astronomy in the Great Library of Alexandria.

After seven years they return to a Judaea where many now believe John the Baptizer is the messiah. Salome too begins to believe, but Mariamne, now called Magdalene, is drawn to his cousin, Yeshu’a, a man touched by the divine in the same way she was during her days of illness. Together they speak of sharing their direct experience of God; but Yeshu’a unexpectedly gains a reputation as a healer, and as the ill and the troubled flock to him, he and Magdalene are forced to make a terrible decision.

This radical retelling of the greatest story ever told brings Mary Magdalene to life-not as a prostitute or demon-possessed-but as an educated woman who was truly the “apostle to the apostles.”