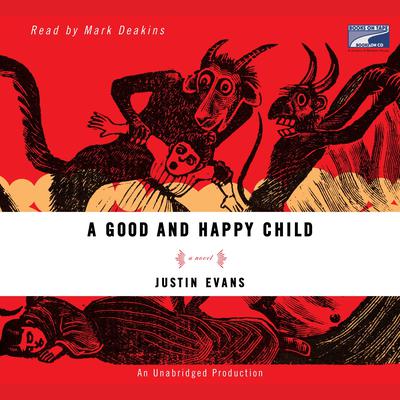 A Good and Happy Child

Thirty-year-old George Davies can’t bring himself to hold his newborn son. After months of accepting his lame excuses and strange behavior, his wife demands that he see a therapist, and George, desperate to save his unraveling marriage and redeem himself as a father and husband, reluctantly agrees.

As he delves into his childhood memories, he begins to recall things he hasn’t thought of in twenty years. The odd, rambling letters his father sent home before he died. The jovial mother who started dating too soon after his father’s death. A boy who appeared one night when George was lonely, then told him secrets he didn’t want to know. How no one believed this new friend was real and that he was responsible for the bad things that were happening.

Terrified by all that he has forgotten, George struggles to remember what really happened in the months following his father’s death. And when a mysterious murder is revealed, remembering the past becomes the only way George can protect himself—and his young family.