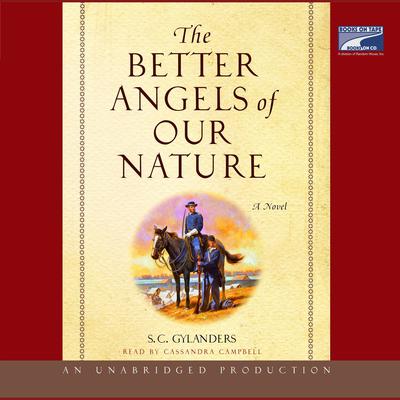 The Better Angels of Our Nature

On the eve of Shiloh, one of the bloodiest battles of the Civil War, a mysterious visitor appears at General William Tecumseh Sherman’s camp. Without family or home, with only a uniform and the name of Jesse, this prepossessing stranger is an intriguing mix of naiveté and wisdom, ignorant of the most basic conventions of warfare yet uncannily familiar with even the most intimate details of Sherman’s personal life and career. Jesse, in turn, has only one desire: to remain by Sherman’s side–for reasons only Jesse knows and isn’t revealing. Initially unwilling to become a father figure to this beguiling visitor, Sherman is finally unable to resist such devotion and tenacity. He takes Jesse under his wing, determined to train this enigmatic creature in the art of war–and provide the strength and wisdom needed to survive its horrors.

Resourceful and courageous, Jesse soon earns the respect of Sherman’s men, especially the compassionate but plain-talking surgeon, Seth Cartwright, and Thomas Ransom, a noble and handsome young infantry officer. No matter their destiny neither man can divert Jesse’s mission.

But what is the truth? What is Jesse’s purpose and why has this fascinating youth appeared at this most crucial time in Sherman’s life and in the life of the bitterly divided nation? In the end we are forced to ask: Who is under whose wing?

The Better Angels of Our Nature brilliantly re-creates the drama and brutality of America’s Civil War. Set in the momentous fourteen-month period spanning Shiloh and Vicksburg–a time that turned the tide of war and determined the nation’s fate–this harrowing, lyrically written novel is filled with unforgettable characters and wondrous twists that will give readers pause to reconsider events familiar to us all. Meticulously researched and movingly written, this masterwork will remain with readers long after the last page is savored.