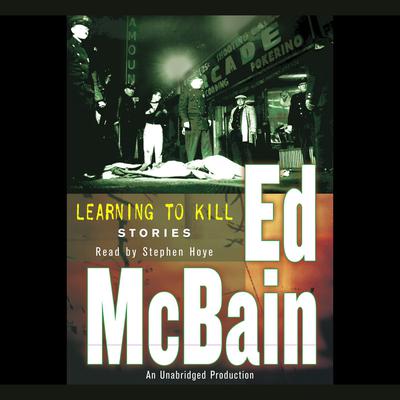 Ed McBain made his debut in 1956. In 2004, more than a hundred books later, he personally collected twenty-five of his stories written before he was Ed McBain. All but five of them were first published in the detective magazine Manhunt and none of them appeared under the Ed McBain byline. They were written by Evan Hunter (McBain’s legal name as of 1952), Richard Marsten (a pseudonym derived from the names of his three sons), or Hunt Collins (in honor of his alma mater, Hunter College).

Here are kids in trouble and women in jeopardy. Here are private eyes and gangs. Here are loose cannons and innocent bystanders. Here, too, are cops and robbers. These are the stories that prepared Evan Hunter to become Ed McBain, and that prepared Ed Mcbain to write the beloved 87th Precinct novels. In individual introductions, McBain tells how and why he wrote these stories that were the start of his legendary career.