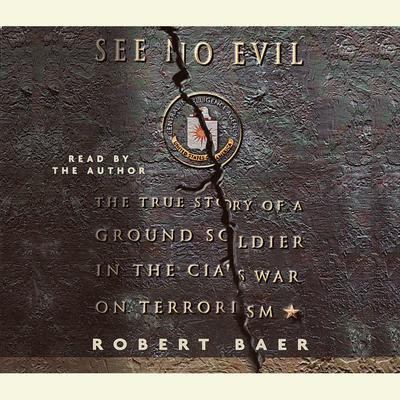 “See No Evil is a compelling account of America’s failed efforts to ‘listen in’ on the rest of the world, especially the parts of it that intend to do us harm.”—The Wall Street Journal

In his explosive New York Times bestseller, top CIA operative Robert Baer paints a chilling picture of how terrorism works on the inside and provides startling evidence of how Washington politics sabotaged the CIA’s efforts to root out the world’s deadliest terrorists, allowing for the rise of Osama bin Laden and Al Qaeda and the continued entrenchment of Saddam Hussein in Iraq.

A veteran case officer in the CIA’s Directorate of Operations in the Middle East, Baer witnessed the rise of terrorism first hand and the CIA’s inadequate response to it, leading to the attacks of September 11, 2001. This riveting book is both an indictment of an agency that lost its way and an unprecedented look at the roots of modern terrorism, and includes a new afterword in which Baer speaks out about the American war on terrorism and its profound implications throughout the Middle East.