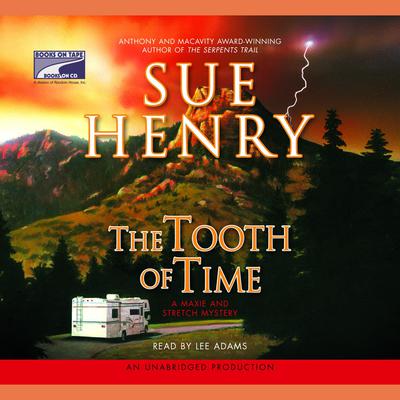 The Tooth of Time

A Maxie and Stretch Mystery Series

Maxie McNabb, the irresistible Winnebago-driving sixty-something-year-old, is back–and criminals from the frigid Iditarod Trail to the scorching Southwest had better beware. With her canine companion, Stretch, in tow, Maxie is "the most refreshingly original protagonist to come along in years" (Rick Riordan). And this time, she sets out to turn one on-edge town back into a peaceful pueblo….

One of the best parts of zigzagging the country in her Minnie Winnie is the possibility of endless adventure–and Maxie McNabb is always up for trying new things. So she and little Stretch head for the languorous heat of Taos, New Mexico, where Maxie plans to learn how to weave.

But everything changes for the sleepy town when a local woman attempts suicide. A casualty of her husband's midlife crisis, she has been replaced by a newer, sexier model. And to top it off, a sleazy con man has set his sights on her.

Even though she's on vacation, Maxie is determined to help the poor thing. And with her nose for trouble, she thinks she can do it. She'll leave no mesa unturned until she brings two dogs to justice–neither of which is trusty Stretch…. 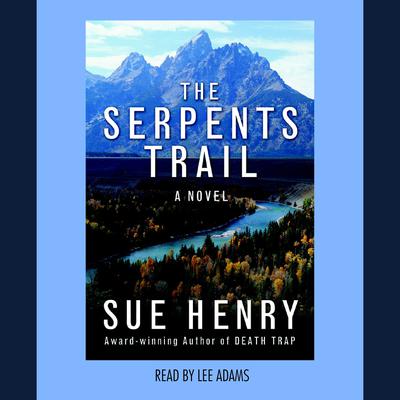 Retired Maxie McNabb isn’t sure how she’ll like living on the go in her RV. But once she’s on the Alaskan Highway with her mini-dachshund, Stretch, heading from her Alaska home to destinations in the Lower 48, she realizes that she loves the freedom of the road, and that she’ll do just fine. Unfortunately, all is not well in her first... Read more »

The Tooth of Time
Sue Henry

The Tooth of Time

Maxie McNabb, the irresistible Winnebago-driving sixty-something-year-old, is back–and criminals from the frigid Iditarod Trail to the scorching Southwest had better beware. With her canine companion, Stretch, in tow, Maxie is "the most refreshingly original protagonist to come along in years" (Rick Riordan). And this time, she sets out to turn... Read more » 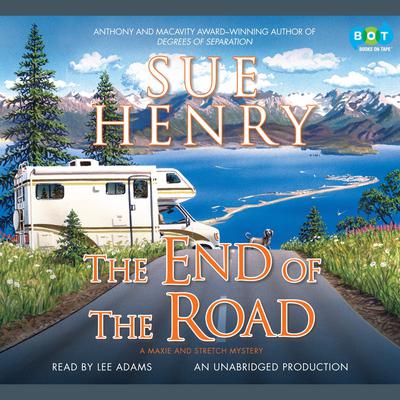 The End of the Road
Sue Henry

The End of the Road

Maxie McNabb and her miniature dachshund, Stretch, are just back from their latest adventure when a murder shatters the quiet in their hometown of Homer, Alaska. Now it's up to Maxie to find the killer - a search that leads her to a place called 'the end of the road.' Read more »