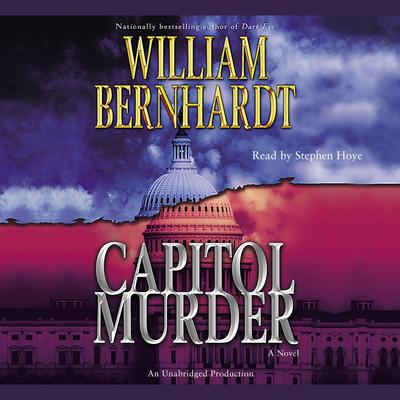 Kincaid’s legal success has earned him a dubious reward: a journey through the looking glass into the Beltway. Here, in the heart of the nation’s capital, a powerful U.S. senator has been caught first in a sordid sex scandal, then in a case of murder.

Senate aide Veronica Cooper was found in a secret Senate office beneath the Capitol building, on Senator Todd Glancy’s favorite couch, blood pouring from the knife wound in her throat. The young woman’s death comes on the heels of the release of a sordid videotape depicting her and Senator Glancy in compromising positions.

With the senator’s reputation in tatters, the evidence against him–as a sexual predator and possibly a killer–mounts. By the time a nationally televised murder trial begins, Kincaid and his team know they’re facing the challenge of a lifetime. According to public opinion, and even in Kincaid’s most private thoughts, Glancy is one more politician who cannot admit his own culpability.

But while a dramatic trial unfolds in the courtroom–loaded with pitfalls, traps, and an astounding betrayal–another trial is taking place on the mean streets of D.C., as Kincaid’s investigator pursues a young woman who was a friend of Veronica Cooper’s, plunging Kincaid into a bizarre world of Goths, sadomasochists, and a community of self-proclaimed vampires. Somewhere in this violent underworld lies the secret behind Veronica Cooper’s demise . . . and the crux of Senator Glancy’s innocence or guilt.

In a case that pits Kincaid and his freewheeling partner Christina McCall against the brutal machinery of Washington politics, the answers they seek are hidden in a murderous maze of lies and hidden motives. And in William Bernhardt’s best novel yet, getting to the truth is an unparalleled experience in pure, satisfying suspense.