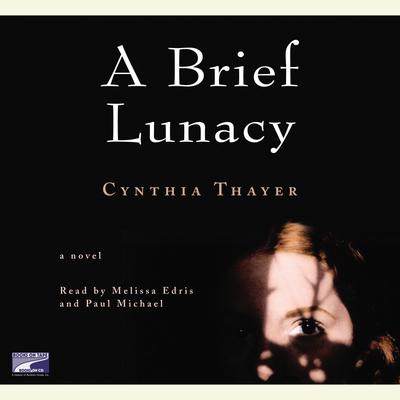 With her acclaimed novel A Certain Slant of Light, Cynthia Thayer dazzled critics with her subtle grace and lyrical prose. Now this masterful storyteller brings her prodigious literary gifts to a very different kind of novel–a haunting edge-of-the-seat thriller that begins with a simple act of kindness and ends in a scene of escalating violence in a secluded Maine cabin.

The stranger arrived on a cool October evening. Jessie and Carl invited the stranded young man into their cabin, fed him supper, and let him spend the night. The next morning he repays their kindness by taking them prisoner in their own home.

Who is this man who calls himself Jonah? Why does he seem to know everything about them? What is his connection to their troubled, missing daughter, Sylvie? As Jonah’s behavior grows increasingly erratic and frightening, Jessie and Carl are trapped in a single day of brutality and shattering revelations that will test the limits of their sanity and their will to survive.