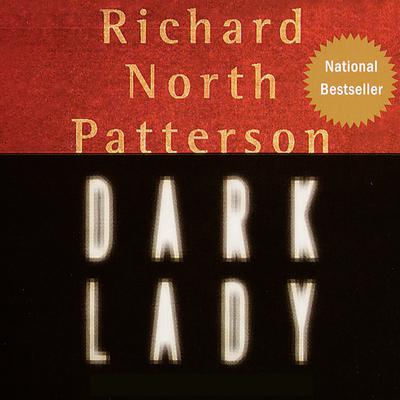 In Dark Lady, Richard North Patterson displays the mastery of setting, psychology, and story that makes him unique among writers of suspense, and one of today's most original and enthralling novelists.

In Steelton, a struggling Midwestern city on the cusp of an economic turnaround, two prominent men are found dead within days of each other. One is Tommy Fielding, a senior officer of the company building a new baseball stadium, the city's hope for the future. The other is Jack Novak, the local drug dealers' attorney of choice. Fielding's death with a prostitute, from an overdose of heroin, seems accidental; Novak is apparently the victim of a ritual murder. But in each case the character of the dead man seems contradicted by the particulars of his death. Coincidence or connection?

The question falls to Assistant County Prosecutor Stella Marz. Despite a traumatic breach with her alcoholic and embittered father, she has risen from a working-class background to become head of the prosecutor's homicide unit. A driven woman, she is called the Dark Lady by defense lawyers for her relentless, sometimes ruthless, style: in seven years only one case has gotten away from her, and only because the defendant took his own life. She has earned every inch of both her official and her off-the-record titles, and recently she's decided to go after another: to become the first woman elected Prosecutor of Erie County. But that was before the brutal murder of her ex-lover--Jack Novak.

Novak's death leads her into a labyrinth where her personal and professional lives become dangerously intertwined. There is the possibility that Novak fixed drug cases for the city's crime lord, Vincent Moro, with the help of law enforcement personnel, and perhaps with someone in Stella's own office . . . the bitter mayoral race which threatens to undermine her own ambitions . . . her attraction to a colleague who may not be what he seems . . . the lingering, complicated effects of her painful affair with Novak . . . the growing certainty that she is being watched and followed. Making her way through a maze of corruption, deceit, and greed, trusting no one, Stella comes to believe that the search for the truth involves the bleak history of Steelton itself--a history that now endangers her future, and perhaps her life.

For his uncanny dialogue, subtle delineation of character, and hypnotic narrative, critics have compared Richard North Patterson to John O'Hara and Dashiell Hammett. Now, in the character of the Dark Lady, he has created a woman as fascinating as her world is haunting. Dark Lady is his signature work.