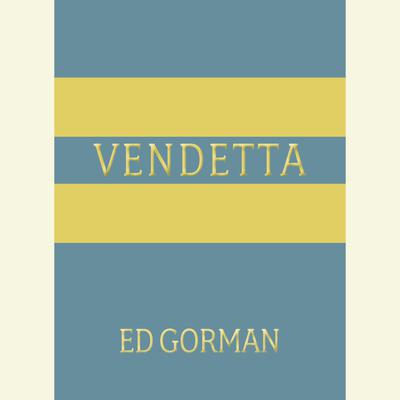 Peter Madsen became a priest to atone for a life of violence and a wartime tragedy and thought he had put away his gun for good. But then a grief-stricken young woman who's like a daughter to him sets out on a quest of vengeance, and Madsen is forced to take up the gun again as he sets out to save her from herself.

What Madsen doesn't know is that he's about to walk into a dangerous web of tangled emotions—lust, greed, hatred, and more—that will culminate in a shocking crime and a deadly showdown on the dusty street of a frontier town.

This classic novel now available again from Rough Edges Press demonstrates once more why Ed Gorman is one of the most acclaimed Western authors of all time. His tough, spare narrative voice, his painfully human characters, and his sure grasp of storytelling make VENDETTA a compelling reading experience.