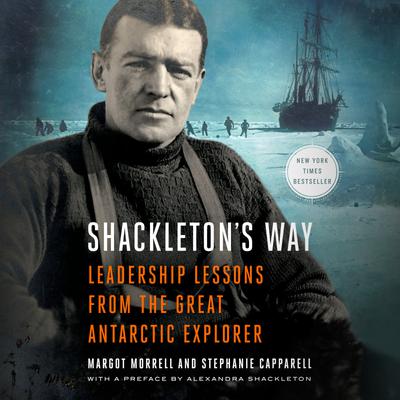 From 1914 to 1916, Ernest Shackleton and his men survived the wreck of their ship Endurance, crushed in the Antarctic ice, stranded twelve hundred miles from civilization with no means of communication and no hope for rescue. When the ice began to break up, Shackleton set out to save them all on his heroic eight-hundred-mile-trip across the frigid South Atlantic—in little more than a rowboat. Unlike similar polar expeditions, every man survived—not only in good health, but also in good spirits—all due to Shackleton's leadership. Now, Shackleton scholar Margot Morrell and Wall Street Journal writer Stephanie Capparell team up to present Shackleton's timeless leadership skills—skills that can be learned by anyone—to a new generation.

"A thrilling survival story makes an inspirational handbook for a new generation of leaders." (Amazon.com)