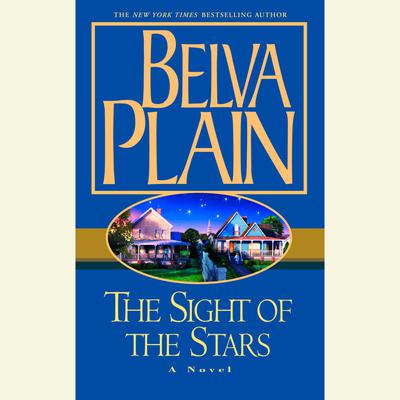 The Sight of the Stars

New York Times bestselling author Belva Plain beguiles us once again with a novel that explores the bonds that sustain families—and the lies that can shatter them forever. Sweeping through the pivotal events of twentieth-century America, The Sight of the Stars chronicles four generations of one remarkable family as they journey through years of love, loss, sacrifice, and unimaginable betrayal.

Dressed in a brand-new suit, with one hundred and fifty dollars in his pocket, Adam Arnring says good-bye to his family and boards a train for the fabled West. The year is 1907. Adam is nineteen years old, a young man with stars in his eyes who has always dreamed of a future in the great open spaces of America. Now, far from his New Jersey home, he takes the first step toward attaining that dream, landing a job in a small department store in a booming Texas town. Here he meets a woman who excites him beyond all measure. The exquisite, untouchable Emma Rothirsch lives in a world whose doors are firmly closed to him. But Adam is a man willing to take great risks to get what he wants.

One is Emma. The other is to build a lasting business enterprise that will live on through his children and grandchildren. But just when Adam’s dreams are within reach, fate intervenes. Tragedy strikes from the trenches of World War I, setting in motion a series of events that echo down through the years. The owner of a prospering department store and the head of a growing family, Adam succumbs to a moment of weakness that culminates in an unforgivable act of betrayal. And now, as another generation prepares to take its rightful place in the family’s legendary empire, the tenuous threads of the Arnrings’ past begin to unravel, revealing a shattering secret that reaches back nearly a century.

Across a teeming canvas of history, through world wars and the close of a century, The Sight of the Stars tells a deeply affecting story of family and forgiveness, guilt and redemption. Brimming with the emotional depth and moral complexity we have come to expect from this incomparable storyteller, The Sight of the Stars is about what happens when we dare to dream, and the moments that can change families forever.