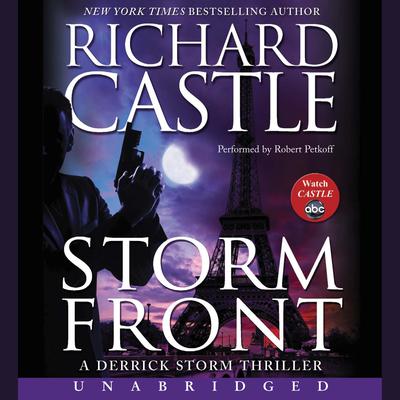 Four years after he was presumed dead, Derrick Storm--the man who made Richard Castle a perennial bestseller--is back in this rip-roaring, full-length thriller.

From Tokyo, to London, to Johannesburg, high-level bankers are being gruesomely tortured and murdered. The killer, caught in a fleeting glimpse on a surveillance camera, has been described as a psychopath with an eye patch. And that means Gregor Volkov, Derrick Storm's old nemesis, has returned. Desperate to figure out who Volkov is working for and why, the CIA calls on the one man who can match Volkov's strength and cunning--Derrick Storm.

With the help of a beautiful and mysterious foreign agent--with whom Storm is becoming romantically and professionally entangled--he discovers that Volkov's treachery has embroiled a wealthy hedge-fund manager and a U.S. senator. In a heated race against time, Storm chases Volkov's shadow from Paris, to the lair of a computer genius in Iowa, to the streets of Manhattan, then through a bullet-riddled car chase on the New Jersey Turnpike. In the process, Storm uncovers a plot that could destroy the global economy--unleashing untold chaos--which only he can stop.