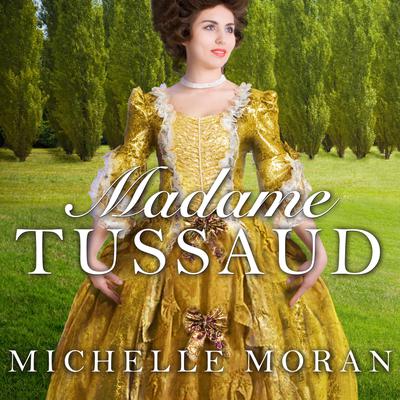 A Novel of the French Revolution

The year is 1788, and a revolution is about to begin… Marie Tussaud has learned the secrets of wax sculpting by working alongside her uncle in their celebrated wax museum, the Salon de Cire. From her popular model of the American ambassador Thomas Jefferson to her tableau of the royal family at dinner, Marie's museum provides Parisians with the very latest news on fashion, gossip, even politics. Her customers hail from every walk of life, and when word arrives that the royals themselves are coming to see their likenesses, Marie never dreams that the king's sister will request her presence at Versailles as a royal tutor in wax sculpting. Yet when a letter with a gold seal is delivered to her home, Marie knows she cannot refuse—even if it means time away from her beloved Salon and her increasingly dear friend Henri Charles. As Marie becomes acquainted with her pupil, Princess Élisabeth, she is taken to meet both Marie Antoinette and King Louis XVI, who introduce her to the glamorous life at court. From lavish parties with more delicacies than she's ever seen to rooms filled with candles lit only once before being discarded, Marie steps into to a world entirely different from her home on the Boulevard du Temple, where people are selling their teeth in order to put food on the table.

Meanwhile, many resent the vast separation between rich and poor. In salons and cafés across Paris, people like Camille Desmoulins, Jean-Paul Marat, and Maximilien Robespierre are lashing out against the monarchy. Soon, there's whispered talk of revolution. Will Marie be able to hold on to both the love of her life and her friendship with the royal family as France approaches civil war? More important, will she be able to fulfill the demands of powerful revolutionaries who ask that she make the death masks of beheaded aristocrats, some of whom she knows?

Spanning five years from the budding revolution to the Reign of Terror, Madame Tussaud brings us into the world of an incredible heroine whose talent for wax modeling saved her life and preserved the faces of a vanished kingdom.