The Woman in White

One of the greatest mystery thrillers ever written, Wilkie Collins's The Woman in White was a phenomenal bestseller in the 1860s, achieving even greater success than works by Charles Dickens. Full of surprise, intrigue, and suspense, this vastly entertaining novel continues to enthrall audiences today.

The story begins with an eerie midnight encounter between artist Walter Hartright and a ghostly woman dressed all in white who seems desperate to share a dark secret. The next day Hartright, engaged as a drawing master to the beautiful Laura Fairlie and her half sister, tells his pupils about the strange events of the previous evening. Determined to learn all they can about the mysterious woman in white, the three soon find themselves drawn into a chilling vortex of crime, poison, kidnapping, and international intrigue.

Masterfully constructed, The Woman in White is dominated by two of the finest creations in all Victorian fiction—Marion Halcombe, dark, mannish, yet irresistibly fascinating, and Count Fosco, the sinister and flamboyant "Napoleon of Crime."

Wilkie Collins was an English novelist who critics often credit with the invention of the English detective novel. Sergeant Cuff from Collins's novel The Moonstone became a prototype of the detective hero in English fiction. Collins's works center on mainstream Victorian domestic life. Collins liked to tackle social issues, and many of his novels contain sympathetic portraits of physically abnormal individuals. In addition to Moonstone, he is well known for his popular suspense thriller The Woman in White, No Name, and Armadale. Collins was born in London in 1824 to William Collins, a well-known landscape painter, and Harriet Collins, the daughter of a painter. Despite a secure home, he was a small, sickly child and had a slightly deformed skull. He was educated privately and studied painting for several years. He later studied law and became a lawyer at the age of twenty-seven. Collins never practiced law, but he did put his legal knowledge to work in his crime writing. In 1851, Collins met his lifelong friend and mentor Charles Dickens while they were pursuing a mutual interest in amateur theater. Dickens helped Collins bring humor and believable characters into his books.The two women in Collins's life-Caroline Graves, his life-long companion, and Mrs. Martha Rudd, his mistress-also greatly influenced his writing. During the 1860s, Collins started to suffer severely from rheumatic pains and became addicted to laudanum, a form of opium. The death of Dickens in 1870 robbed him of his powerful inspiration, and his popularity declined. In 1873, he met Mark Twain and Henry Wadsworth Longfellow on a trip to the United States. Soon thereafter he wrote The Evil Genius, which was published in 1886. Collins died from a stroke on September 23, 1889.

Josephine Bailey has won ten AudioFile Earphones Awards and a prestigious Audie Award, and Publishers Weekly named her Best Female Narrator in 2002. Her native British accent has been used in many audiobooks and voice-overs, including The Wild Thornberries, Uncle Gus, and Disney-Dreamworks projects. In addition to her award-winning voice work, Josephine is involved in television, film, and theater. On television she has played parts in Robin Hood, A Tale of Two Cities, and Sword of Freedom. In film she was featured in Shadow Hours, Life's a Circus, and Corridors of Blood. Her theater experience includes lead roles in Betrayal, Otherwise Engaged, and Blithe Spirit. Josephine received her training from the Corona Stage School in London and the Tracy Roberts Actors Studio in Los Angeles. Josephine currently resides in South Carolina.

British-born Simon Prebble has built a successful career that spans the Atlantic. As a stage and television actor, he has played in everything from soaps to Shakespeare, but it is as a veteran narrator of over four hundred audiobooks that he has made his mark since coming to the United States in 1990. As one of AudioFile magazine's Golden Voices, Simon has received over twenty Earphones Awards and five Publishers Weekly Listen-Up Awards, and he has been a finalist fourteen times for an Audie Award, the audiobook industry's version of the Oscar. In 2006, Publishers Weekly named him Narrator of the Year, and he was named Booklist's 2010 Voice of Choice. 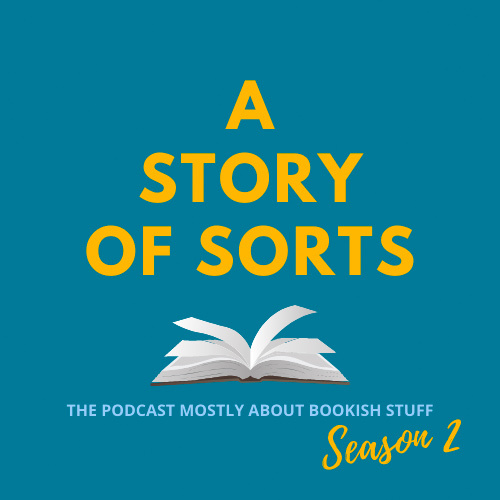 A Story Of Sorts Season 2

"Collins's mid-Victorian novel is one of the first, and possibly still the greatest, of all literary thrillers." ---The Irish Times Expand reviews