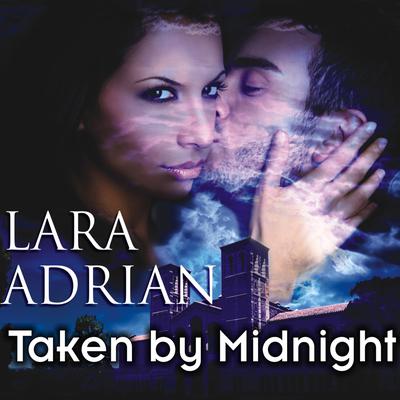 In the frozen Alaskan wilderness, former state trooper Jenna Darrow survives an unspeakable breach of body and soul. But with her narrow escape comes an even greater challenge. For strange changes are taking place within her, as she struggles to understand—and control—a new hunger. To do so, she will seek shelter in the Boston compound of the Order, an ancient race of vampire warriors whose very existence is shrouded in mystery. Perhaps the most mysterious of them all is Brock, a brooding, dark-eyed alpha male whose hands hold the power to comfort, heal...and arouse.

As she recovers under Brock's care, Jenna finds herself drawn to the Order's mission: to stop a ruthless enemy and its army of assassins from subjecting Earth to a reign of terror. Yet in spite of their resolve, a purely physical relationship without strings soon binds Brock and Jenna together with a desire fiercer than life and stronger than death itself—until a secret from Brock's past and Jenna's own mortality challenges their forbidden love to the ultimate trial by fire. 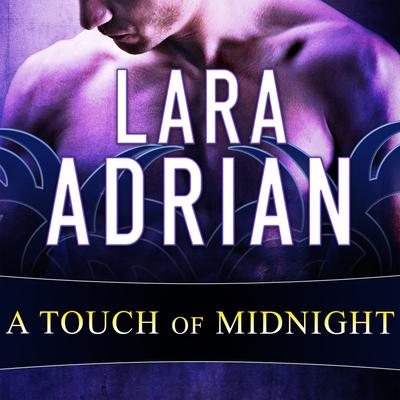 A Touch of Midnight
Lara Adrian

A Touch of Midnight

Savannah Dupree is a freshman studying at Boston University on a full scholarship. But Savannah possesses something even more remarkable than a quick mind and an insatiable curiosity for learning. With a simple touch, she can see an object's past—a skill that puts her life in danger when her studies bring her into contact with a centuries-old... Read more » 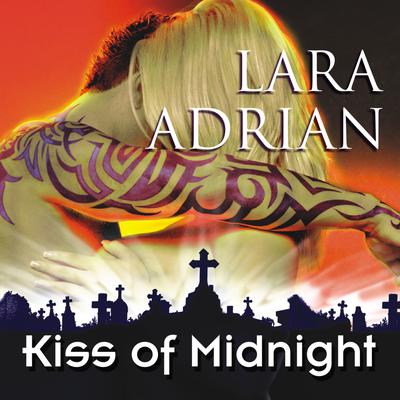 He watches her from across the crowded dance club, a sensual black-haired stranger who stirs Gabrielle Maxwell's deepest fantasies. But nothing about this night—or this man—is what it seems. For when Gabrielle witnesses a murder outside the club, reality shifts into something dark and deadly. In that shattering instant she is thrust into a realm... Read more » 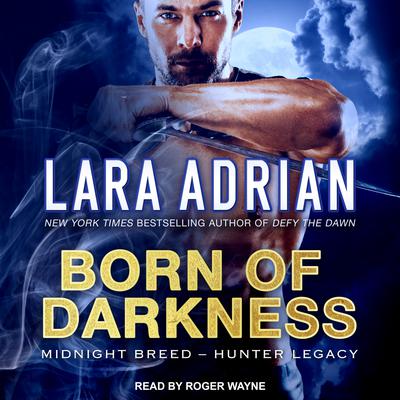 As a former assassin in the Hunter program, Asher is one of a small group of Gen One Breed vampires who survived the horrors of a madman's laboratory and the cruelty of the training that made him one of the most lethal beings in existence. Now, twenty years after his escape from those hellish origins, Asher is a loner whose heart is as cold as... Read more » 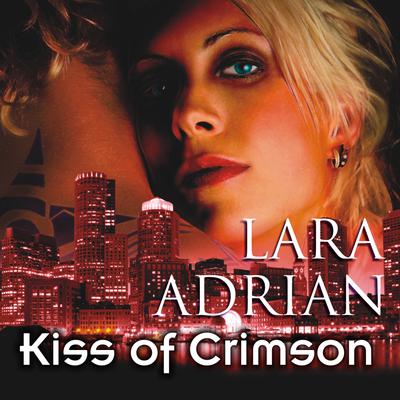 He comes to her more dead than alive, a towering black-clad stranger riddled with bullets and rapidly losing blood. As she struggles to save him, veterinarian Tess Culver is unaware that the man calling himself Dante is no man at all but one of the Breed, vampire warriors engaged in a desperate battle. In a single erotically charged moment, Tess... Read more » 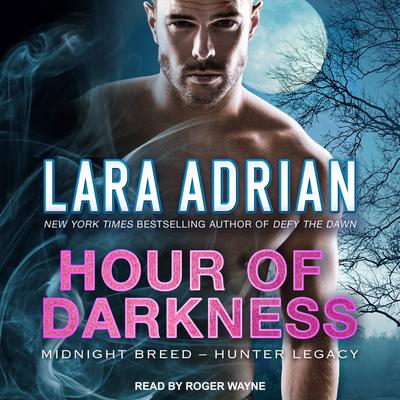 Born and raised as an assassin in the notorious Hunter program, Breed vampire Cain has since put his skills to use as a mercenary willing to clean up any problem for a price. Or so he thought. After a job in Las Vegas strains even his dubious code of honor, Cain pulls up stakes and lands in Miami for a much-needed break. All he wants is time... Read more » 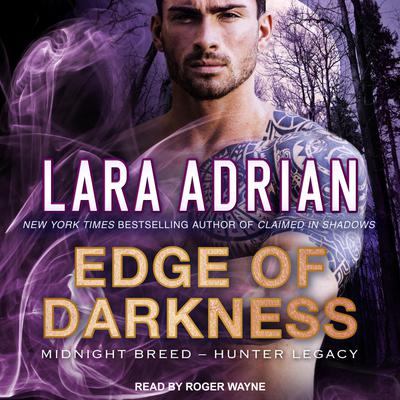 As a survivor of the horrific Hunter program, Breed vampire and former assassin Knox is a solitary man, closed off to the pain of love—and loss. A loner by choice, Knox deals in death and dark justice, expecting nothing in return. Until one snowy night he drifts into a remote town in northern Maine, where a determined beauty enlists his lethal... Read more » 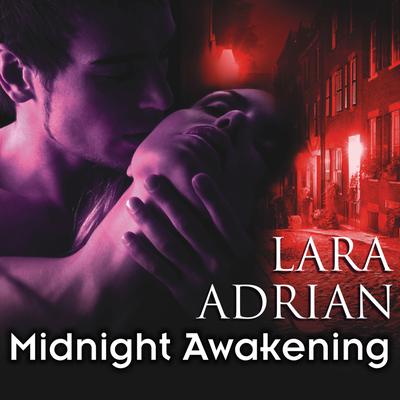 With a dagger in her hand and vengeance on her mind, Darkhaven beauty Elise Chase prowls Boston's streets in search of retribution against the Rogue vampires who took from her everything she cherished. Using an extraordinary psychic gift, she tracks her prey, well aware that the power she possesses is destroying her. She must learn to harness... Read more » 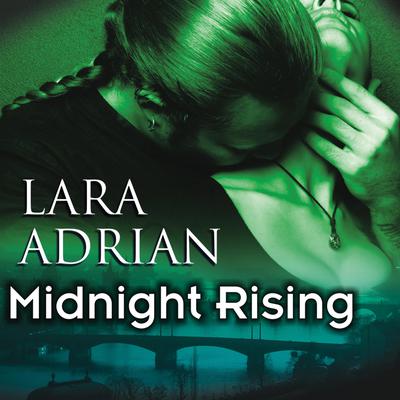 For journalist Dylan Alexander, it began with the discovery of a hidden tomb, thrusting her into the center of a gathering storm of violence and secrets. But nothing is as dangerous as the scarred, lethally seductive man who rises from the shadows to draw her into his world of dark desire and endless night.

Fueled by pain and rage over a... Read more » 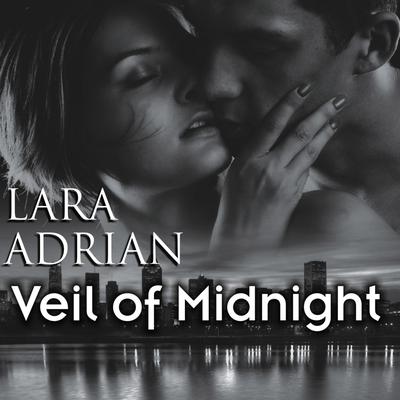 A warrior trained in bullets and blades, Renata cannot be bested by any man—vampire or mortal. But her most powerful weapon is her extraordinary psychic ability—a gift both rare and deadly. Now a stranger threatens her hard-won independence—a golden-haired vampire who lures her into a realm of darkness…and pleasure beyond imagining. 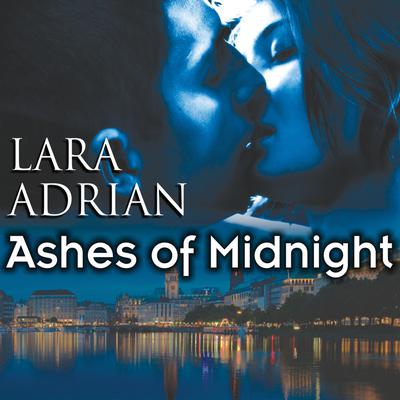 As night falls, Claire Roth flees, driven from her home by a fiery threat that seems to come from hell itself. Then, from out of the flames and ash, a vampire warrior emerges. He is Andreas Reichen, her onetime lover, now a stranger consumed by vengeance. Caught in the cross fire, Claire cannot escape his savage fury—or the hunger that plunges... Read more » 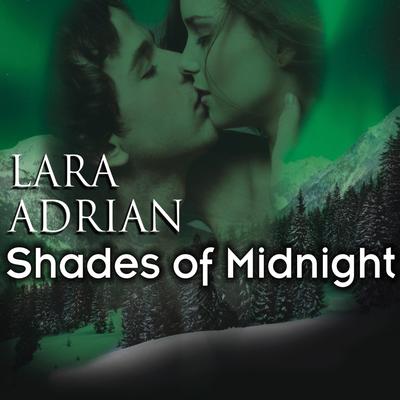 Something inhuman is stalking the frigid Alaskan wilds, leaving unspeakable carnage in its wake. For bush pilot Alexandra Maguire, the killings stir memories of a horrific event she witnessed as a child and evoke in her the inexplicable sense of otherness she has long felt within herself but never fully understood...until a darkly seductive... Read more »

In the frozen Alaskan wilderness, former state trooper Jenna Darrow survives an unspeakable breach of body and soul. But with her narrow escape comes an even greater challenge. For strange changes are taking place within her, as she struggles to understand—and control—a new hunger. To do so, she will seek shelter in the Boston compound of the... Read more » 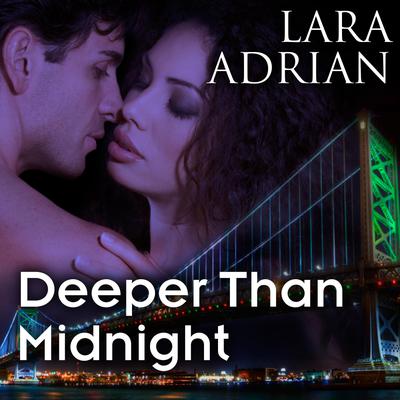 At eighteen, Corinne Bishop was a beautiful, spirited young woman living a life of privilege as the adopted daughter of a wealthy family. Her world changed in an instant when she was stolen away and held prisoner by the malevolent vampire Dragos. After many years of captivity and torment, Corinne is rescued by the Order, a cadre of vampire... Read more » 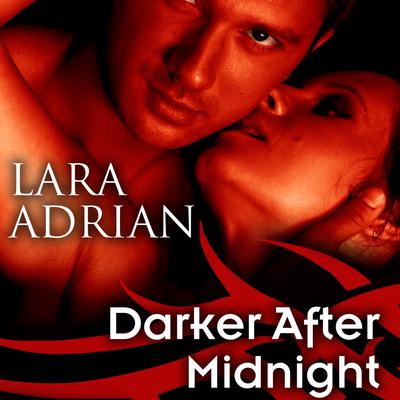 In the dark of night, a blood war escalates within the hidden world of the Breed. After existing in secret for many long centuries, maintaining a fragile peace with the humans who walk beside them unaware, a single act of retaliation has put the entire vampire nation at risk of discovery. It falls to the Order—a cadre of Breed warriors pledged... Read more » 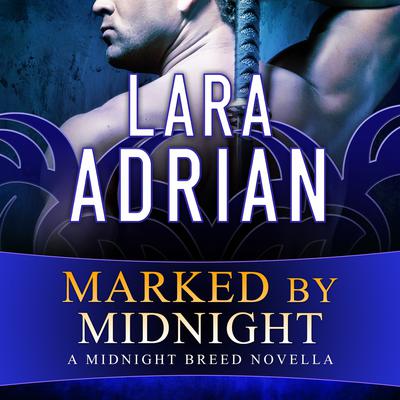 Determined to solve a string of brutal slayings in London, vampire warrior Mathias Rowan is forced to seek the help of Nova, a fiery tattoo artist who ignites an unexpected, yet undeniable, passion in the grim Order enforcer.

Nova's shadowy connections and dark talents may be Mathias's best hope of unmasking a treacherous enemy, but falling... Read more » 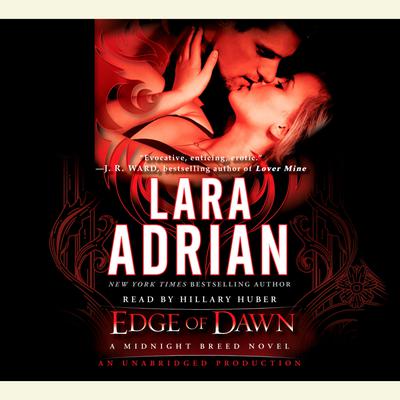 In this pulse-pounding and thrillingly sensual novel, Lara Adrian returns to the mesmerizing world of the Midnight Breed, following new characters into a dark future where an uneasy peace can unravel into war—and a great betrayal can mask an all-consuming love. 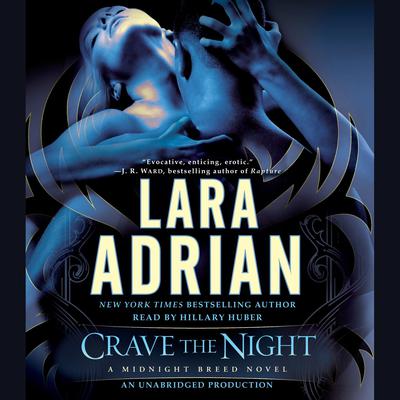 With the acclaimed Midnight Breed series, New York Times bestselling author Lara Adrian has written thrilling novels of electrifying romance and heart-pounding suspense—page-turners in which humans and vampires live tenuously side by side. In Crave the Night, Adrian brings the Breed and its world to the brink of war, where even the deepest... Read more » 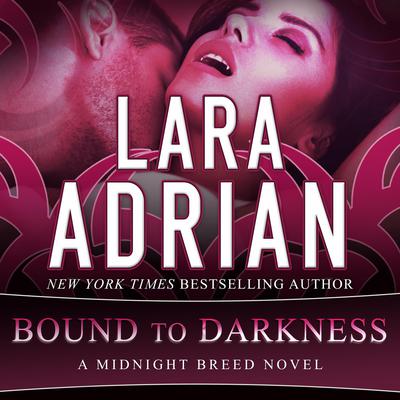 Carys Chase is accustomed to making her own rules and letting her heart lead the way, no matter what anyone else has to say about it. A rare Breed female and a daywalker as well, headstrong, beautiful Carys is one of the most powerful of her kind. She lives passionately and loves without limits, especially when it comes to the lethal... Read more » 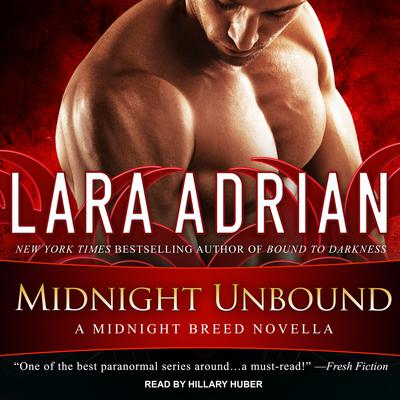 As a former Hunter bred to be a killing machine in the hell of a madman's lab, Breed vampire Scythe is a dangerous loner whose heart has been steeled by decades of torment and violence. He has no room in his world for love or desire—especially when it comes in the form of a vulnerable, yet courageous, Breedmate in need of protection. Scythe has... Read more » 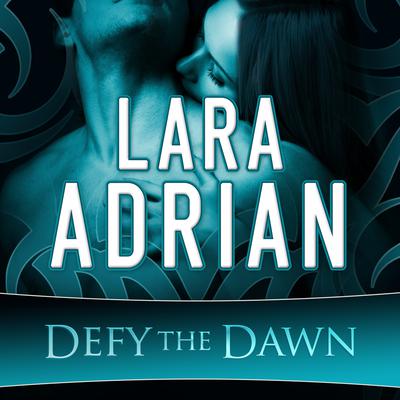 An immortal warrior must decide between loyalty to his people and desire for a beautiful Breed female determined to bring a powerful enemy to justice at any cost, in this new novel in bestselling author Lara Adrian's Midnight Breed vampire romance series. Read more » 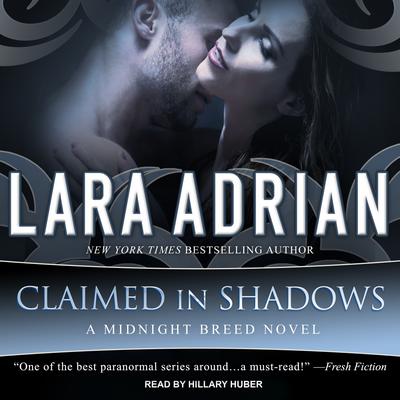 As the son of a formidable Breed warrior, Aric Chase has been devoted to the Order all his life. With his training completed, all he needs is one successful mission before he can join the fight to destroy the Order's chief nemesis, Opus Nostrum. His rare ability to daywalk lands Aric an assignment in Montreal, where he learns he's to be teamed... Read more » 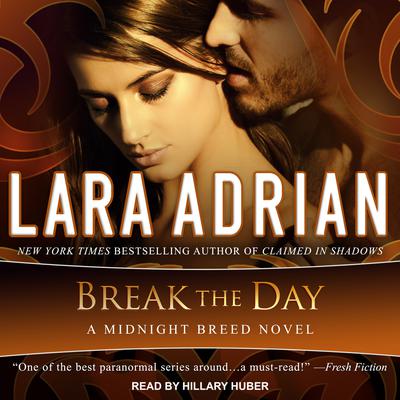 After a shocking betrayal nearly killed him and the people he cares about the most, what Breed warrior Rafe wants more than anything is revenge against the insidious brotherhood called Opus Nostrum. But to achieve that goal, he must turn his back on the Order and infiltrate a dangerous gang with ties to Opus. Risking everything to redeem himself... Read more » 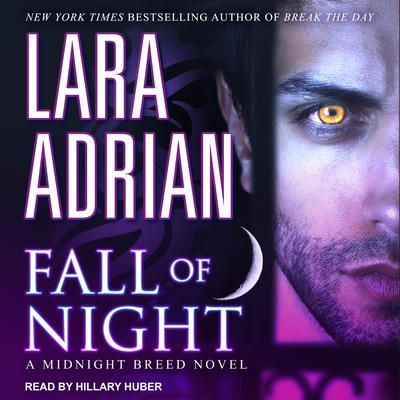 Breed warrior Micah is one of the Order's best, his reputation for cold justice and lethal skill rivaled only by that of his formidable father, Tegan. So, when a mission Micah's leading in an off-limits area called the Deadlands goes terribly wrong, leaving him the sole survivor of an apparent Atlantean attack, he won't rest until he has answers... Read more »