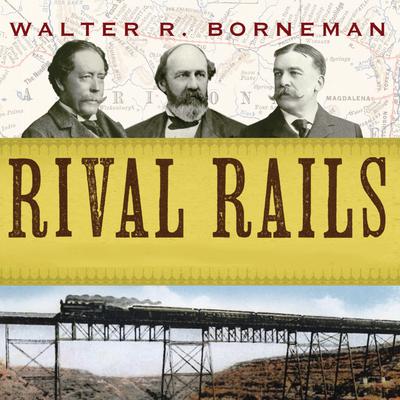 The driving of the golden spike at Promontory Summit, which marked the completion of the country's first transcontinental railroad, was only the beginning of the race for railroad dominance. In the aftermath of this building feat, dozens of railroads, each with aggressive empire builders at their helms, raced one another for the ultimate prize of a southern transcontinental route that was generally free of snow, shorter in distance, and gentler in gradients.

More than just a means of transportation, the railroads were a powerful mold, and the presence of a rail line had the power to make—or break—the fledgling towns and cities across the newborn American West. While much has been written about the building of the first transcontinental railroad, the bulk of the history of the railroads in the United States has been largely ignored. With a meticulous, loving eye, Walter Borneman picks up where most other histories leave off.