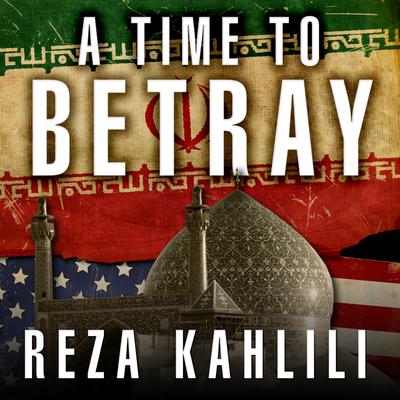 A Time to Betray

A true story as exhilarating as a great spy thriller, as turbulent as today's headlines from the Middle East, A Time to Betray reveals what no other previous CIA operative's memoir possibly could: the inner workings of the notorious Revolutionary Guards of Iran, as witnessed by an Iranian man inside their ranks who spied for the American government. It is a human story, a chronicle of family and friendships torn apart by a terror-mongering regime, and how the adult choices of three childhood mates during the Islamic Republic yielded divisive and tragic fates. And it is the stunningly courageous account of one man's decades-long commitment to lead a shocking double life informing on the beloved country of his birth, a place that once offered the promise of freedom and enlightenment—but instead ruled by murderous violence and spirit-crushing oppression. Reza Kahlili grew up in Tehran surrounded by his close-knit family and two spirited boyhood friends. The Iran of his youth allowed Reza to think and act freely, and even indulge a penchant for rebellious pranks in the face of the local mullahs. His political and personal freedoms flourished while he studied computer science at the University of Southern California in the 1970s. But his carefree time in America was cut short with the sudden death of his father, and Reza returned home to find a country on the cusp of change. The revolution of 1979 plunged Iran into a dark age of religious fundamentalism under the Ayatollah Khomeini, and Reza, clinging to the hope of a Persian Renaissance, joined the Revolutionary Guards, an elite force at the beck and call of the Ayatollah. But as Khomeini's tyrannies unfolded, as his fellow countrymen turned on each other, and after the horror he witnessed inside Evin Prison, a shattered and disillusioned Reza returned to America to dangerously become "Wally," a spy for the CIA. In the wake of an Iranian election that sparked global outrage, at a time when Iran's nuclear program holds the world's anxious attention, the revelations inside A Time to Betray could not be more powerful or timely. Now resigned from his secretive life to reclaim precious time with his loved ones, Reza documents scenes from history with heart-wrenching clarity, as he supplies vital information from the Iran-Iraq War, the Marine barracks bombings in Beirut, the catastrophes of Pan Am Flight 103, the scandal of the Iran-Contra affair, and more...a chain of incredible events that culminates in a nation's fight for freedom that continues to this very day.