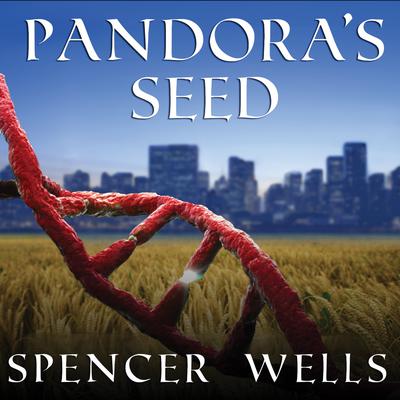 The Unforeseen Cost of Civilization

This new book by Spencer Wells, the internationally known geneticist, anthropologist, author, and director of the Genographic Project, focuses on the seminal event in human history: mankind's decision to become farmers rather than hunter-gatherers. What do terrorism, pandemic disease, and global warming have in common? To find the answer we need to go back ten millennia, to the wheat fields of the Fertile Crescent and the rice paddies of southern China. It was at that point that our species made a radical shift in its way of life. We had spent millions of years of evolution eking out a living as hunter-gatherers. When we learned how to control our food supply, though, we became as gods—we controlled the world rather than it controlling us. But with godliness comes responsibility. By sowing seeds thousands of years ago, we were also sowing a new culture—one that has come with many unforeseen costs. Taking us on a 10,000-year tour of human history and a globe-trotting fact-finding mission, Pandora's Seed charts the rise to power of Homo agriculturis and the effect this radical shift in lifestyle has had on us.

Focusing on three key trends as the final stages of the agricultural population explosion play out over this century, Wells speculates on the significance of our newfound ability to modify our genomes to better suit our unnatural culture, fast-forwarding our biological adaptation to the world we have created. But what do we stand to lose in the process? Climate change, a direct result of billions of people living in a culture of excess accumulation, threatens the global social and ecological fabric. It will force a key shift in our behavior, as we learn to take the welfare of future generations into account. Finally, the rise of religious fundamentalism over the past half-century is explained as part of a backlash against many of the trends set in motion by the agricultural population explosion and its inherent inequality. Ultimately, the world's present state of crisis will force us to evolve culturally, but can we self-correct our culture to solve these problems that we ourselves, in our race to succeed, have caused?