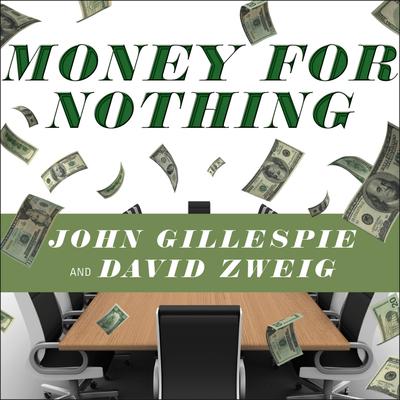 Of the world's two hundred largest economies, more than half are corporations. They have more influence on our lives than any other institution, but while boards of directors are supposed to police CEOs and provide independent leadership, they have become enabling lapdogs rather than trustworthy watchdogs. As America contends with the worst economic crisis since the Great Depression, all eyes are turning to the corporate leaders who have perpetrated such egregious failures, padding their own pockets with grossly inflated pay packages even as their businesses fall to ruin, asking, How could things have gone so terribly wrong? How could the stewards of American business—who are supposed to be the gold standard of the global economy—turn out to be so incompetent?

Taking readers right into the boardrooms and behind the scenes of the lavish C-Suites, John Gillespie and David Zweig have interviewed a host of upper-echelon managers and board members at leading companies, from Exxon and Citigroup and Home Depot to Countrywide, to shine a glaring light on the clubby culture of the business elite. The book reveals just how the machinations of good governance have broken down, replaced by a compromised system plagued by greed and see-no-evil culpability, and also reports on a handful of pioneering companies who are bold leaders in corporate reform, offering powerful proof that the system most certainly can be fixed.