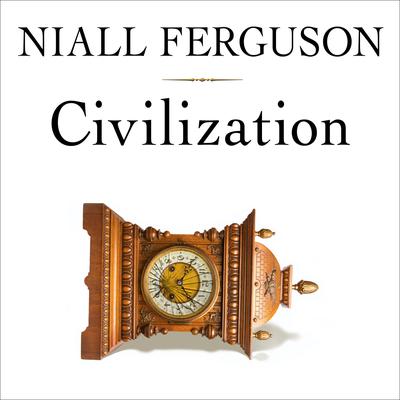 The West and the Rest

The rise to global predominance of Western civilization is the single most important historical phenomenon of the past five hundred years. All over the world, an astonishing proportion of people now work for Western-style companies, study at Western-style universities, vote for Western-style governments, take Western medicines, wear Western clothes, and even work Western hours. Yet six hundred years ago the petty kingdoms of Western Europe seemed unlikely to achieve much more than perpetual internecine warfare. It was Ming China or Ottoman Turkey that had the look of world civilizations. How did the West overtake its Eastern rivals? And has the zenith of Western power now passed? In Civilization: The West and the Rest, bestselling author Niall Ferguson argues that, beginning in the fifteenth century, the West developed six powerful new concepts that the Rest lacked: competition, science, the rule of law, consumerism, modern medicine, and the work ethic. These were the "killer applications" that allowed the West to leap ahead of the Rest, opening global trade routes, exploiting newly discovered scientific laws, evolving a system of representative government, more than doubling life expectancy, unleashing the Industrial Revolution, and embracing a dynamic work ethic. Civilization shows just how fewer than a dozen Western empires came to control more than half of humanity and four fifths of the world economy. Yet now, Ferguson argues, the days of Western predominance are numbered—not because of clashes with rival civilizations, but simply because the Rest have now downloaded the six killer apps we once monopolized—while the West has literally lost faith in itself.

Civilization does more than tell the gripping story of the West's slow rise and sudden demise; it also explains world history with verve, clarity, and wit. Controversial but cogent and compelling, Civilization is Ferguson at his very best.