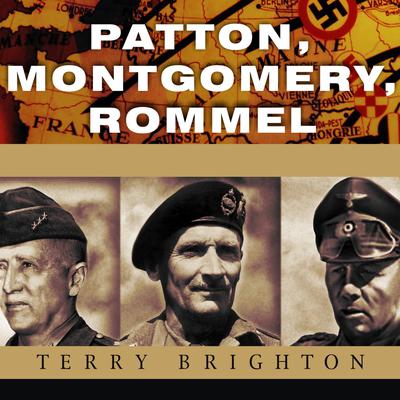 In the Second World War, the United States, Great Britain, and Germany each produced one land-force commander who stood out from the rest: George Patton, Bernard Montgomery, and Erwin Rommel. All were arrogant, publicity seeking, and personally flawed, yet each possessed a genius for command and an unrivaled enthusiasm for combat. But their explosive relationships with one another rivaled the pyrotechnics of their tank battles in determining the conduct and outcome of the war. In the first book of its kind, historian Terry Brighton brings all three men "together" against a backdrop of the great armored battles of the war.

Brighton dug through archives in England, Germany, and the United States to find new primary source material and interpretations of how these masters of battle sought the fight, despised the politics, and captured their own glory. Was Patton actually like George C. Scott's portrayal of him in Patton? Did Monty always steal thunder from Patton? How would the war have ended if Rommel had had more tanks? Brighton tackles these absorbing questions and more in a fascinating book that any student of history will savor.