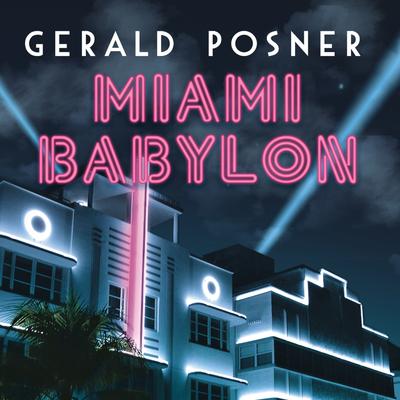 Crime, Wealth, and Power---A Dispatch from the Beach

From its beginnings in the 1890s, Miami Beach has been a place made by visionaries and hustlers. During Prohibition, Al Capone had to muscle into its bootlegging and gambling businesses. After December 1941, when the Beach was the training ground for half a million army recruits, even the war couldn't stop the party. After a short postwar boom, the city's luck gave out. The big hotels went bankrupt, the crime rate rose, and the tourists moved on to Disney World and the Caribbean. Even after the Beach hosted both national political conventions in 1972, nobody would have imagined that this sandy backwater of run-down hotels and high crime would soon become one of the country's most important cultural centers. But in 1981, 125,000 Cubans arrived by the boatload. The empty streets of South Beach, lined with dilapidated hotels, were about to be changed irrevocably by the culture of money that moved in behind cocaine and crime. Gerald Posner takes us inside the intertwined lives of the politicians, financiers, nightclub owners, and real estate developers who have fed the Beach's unquenchable desire for wealth, flash, and hype: the German playboy who bought the entire tip of South Beach with $100 million of questionable money; the mayoral candidate who said, "If you can't take their money, drink their liquor, mess with their women, and then vote against them, you aren't cut out for politics"; the Staten Island thug who became king of the South Beach nightclubs and, when his empire unraveled, saved himself by testifying against the mob; the campaign manager who calls himself the "Prince of Darkness" and got immunity from prosecution in a fraud case by cooperating with the FBI against his colleagues; and the former Washington, D.C., developer who played hardball with city hall and became the Beach's first black hotel owner. From the mid-level coke dealers and their suitcases of cash to the questionable billions that financed the ocean-view condo towers, the Beach has seen it all. Posner's singular report tells the real story of how this small urban beach community was transformed into a world-class headquarters for American culture within a generation. It is a story built by dreamers and schemers—and a steroid-injected cautionary tale.