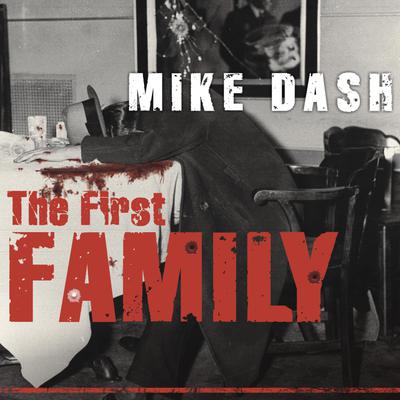 Terror, Extortion, Revenge, Murder, and the Birth of the American Mafia

Before the Five Families who so notoriously dominated U.S. organized crime for a bloody half-century, there was the one-fingered, surpassingly cunning Giuseppe Morello and his murderous coterie of brothers. Born into a life of poverty in rural Sicily, Morello became an American nightmare, pioneering the bizarre initiation rituals, imaginative protection rackets, influential underworld reigns, and Mafia wars later popularized by countless books, television shows, and movies.

In The First Family, Mike Dash tells the little known story of the Morello family. He follows the birth of the Mafia in America from the 1890s to the 1920s, from the wharves of New Orleans—where Morello himself disembarked in the United States—to the streets of Little Italy. Using previously untapped secret service archives, prison records, and interviews with surviving family members, Dash brings to life the remarkable villains and unusual heroes of the Mafia's early years, from the colorful members of the Morello family to Joseph Petrosino, an Italian cop with a thick Naples accent, and William Flynn, a dogged U.S. Secret Service agent, who banded together to bring down Morello.

More than just a pulse-quickening Mafia narrative, The First Family is the first authoritative account of a particularly crucial period in American history, in which the modern American underworld was born.