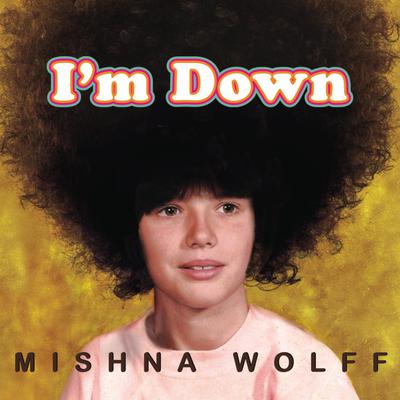 Mishna Wolff grew up in a poor black neighborhood with her single father, a white man who truly believed he was black. "He strutted around with a short perm, a Cosby-esque sweater, gold chains and a Kangol—telling jokes like Redd Fox, and giving advice like Jesse Jackson. You couldn't tell my father he was white. Believe me, I tried," writes Wolff. And so from early childhood on, her father began his crusade to make his white daughter down.

Unfortunately, Mishna didn't quite fit in with the neighborhood kids: she couldn't dance, she couldn't sing, she couldn't double dutch, and she was the worst player on her all-black basketball team. She was shy, uncool, and painfully white. And yet when she was suddenly sent to a rich white school, she found she was too "black" to fit in with her white classmates.

I'm Down is a hip, hysterical, and at the same time beautiful memoir that will have you howling with laughter, recommending it to friends and questioning what it means to be black and white in America.