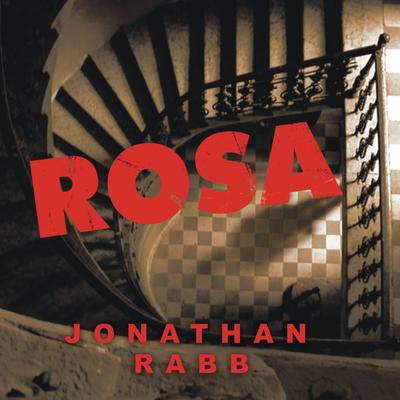 In the last days of the First World War, socialist revolution swept across Germany, sending Kaiser Wilhelm into exile and transforming Berlin into a battleground. But for Detective Inspector Nikolai Hoffner and his young assistant, Hans Fichte, the revolution is a mere inconvenience. Four women from the slums of Berlin have turned up dead, all with identical markings etched into their backs, and Hoffner and Fichte have spent the better part of six weeks trying to crack the bizarre case. Things take a troubling turn when the political police begin to show an interest in Hoffner's investigation. Hoffner has no idea why the Polpo would want to get their hands dirty with a serial murderer, until he is shown the lifeless body of Rosa Luxemburg, the same eerie markings on her back. Rumors abound that Rosa, one of the leaders of the suppressed socialist uprising, was assassinated by an angry mob, but the pattern carved into her back tells a different story. In his remarkable thriller, Jonathan Rabb paints a vivid, unforgettable picture of a city and a people poised between the chaos of the First World War and the darkness to come, a time when political thugs, petty thieves, and charismatic leaders rushed to fill the void left behind. Into this gap steps Hoffner, who, while battling his own personal demons, is still determined to find out who is preying on the women of Berlin, even as he gets drawn deeper into the mystery surrounding Rosa's death. Hoffner's search for the killer leads him on a dark and twisted journey through the battle-scarred streets of the city, where he soon discovers that nothing is as it appears. And while he finds allies in unexpected places, he is met at every turn by men who will stop at nothing to keep him from finding out the truth about Rosa.

A genuine mystery at the time, Rosa's fate has continued to prompt speculation to this day. Rabb's taut political thriller imagines one strikingly real possibility. With his first two novels, The Overseer and The Book of Q, Rabb proved that he had a talent not only for writing suspenseful narratives but for illuminating the darkest corners of history as well. With Rosa, his finest work, he brings to life a world capital on the brink of chaos, a tragic revolutionary who both inspired and enraged, and a compellingly complex, world-weary, deeply flawed but brilliant inspector named Nikolai Hoffner.