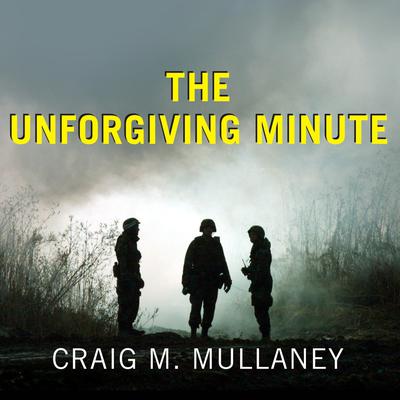 Craig M. Mullaney's education had been relentlessly preparing him for this moment. The four years he spent at West Point and the harrowing test of Ranger School readied him for a career in the Army. His subsequent experience as a Rhodes scholar at Oxford couldn't have been further from the Army and his working-class roots, and yet the unorthodox education he received there would be surprisingly relevant as a combat leader. Years later, after that unforgettable experience in Afghanistan, he would return to the United States to teach history to future Navy and Marine Corps officers at the Naval Academy. He had been in their position once, and he had put his education to the test. How would he use his own life-changing experience to prepare them?

The Unforgiving Minute is the extraordinary story of one soldier's singular education. From a hilarious plebe's-eye view of the author's West Point experience to the demanding leadership crucible of Ranger School's swamps and mountains, to a two-year whirlwind of scintillating debate, pub crawls, and romance at Oxford, Mullaney's winding path to the battlegrounds of Afghanistan was unique and remarkable. Despite all his preparation, the hardest questions remained. When the call came to lead his platoon into battle and earn his soldiers' salutes, would he be ready? Was his education sufficient for the unforgiving minutes he'd face? A fascinating account of an Army captain's unusual path through some of the most legendary seats of learning straight into a brutal fight with Al Qaeda in Afghanistan, The Unforgiving Minute is, above all, an unforgettable portrait of a young soldier grappling with the weight of his hard-earned knowledge while coming to grips with becoming a man.