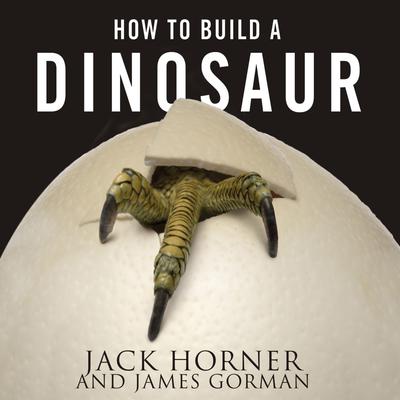 How to Build a Dinosaur

Extinction Doesn't Have to Be Forever

In movies, in novels, in comic strips, and on television, we've all seen dinosaurs—or at least somebody's educated guess of what they would look like. But what if it were possible to build, or grow, a real dinosaur without finding ancient DNA? Jack Horner, the scientist who advised Steven Spielberg on the blockbuster film Jurassic Park and a pioneer in bringing paleontology into the twenty-first century, teams up with the editor of the New York Times's Science Times section to reveal exactly what's in store.

In the 1980s, Horner began using CAT scans to look inside fossilized dinosaur eggs, and he and his colleagues have been delving deeper ever since. At North Carolina State University, Mary Schweitzer has extracted fossil molecules—proteins that survived 68 million years—from a Tyrannosaurus rex fossil excavated by Horner. These proteins show that T. rex and the modern chicken are kissing cousins. At McGill University, Hans Larsson is manipulating a chicken embryo to awaken the dinosaur within—starting by getting it to grow a tail and eventually prompting it to grow the forelimbs of a dinosaur. All of this is happening without changing a single gene.

This incredible research is leading to discoveries and applications so profound they're scary in the power they confer on humanity. How to Build a Dinosaur is a tour of the hot rocky deserts and air-conditioned laboratories at the forefront of this scientific revolution.