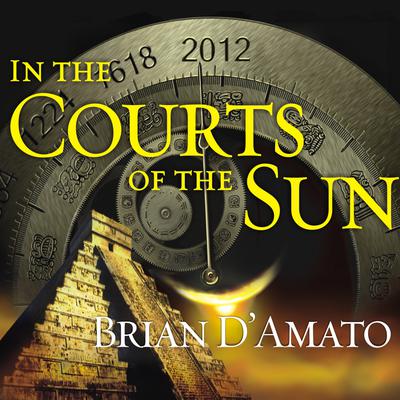 In the Courts of the Sun

December 21, 2012. The day time stops. Jed DeLanda, a descendant of the Maya living in the year 2012, is a math prodigy who spends his time playing Go against his computer and raking in profits from online trading. His secret weapon? A Mayan divination game—once used for predicting corn-harvest cycles, now proving very useful in predicting corn futures—that his mother taught him. But Jed's life is thrown into chaos when his former mentor, the game theorist Taro, and a mysterious woman named Marena Park invite him to give his opinion on a newly discovered Mayan codex.

Marena and Taro are looking for a volunteer to travel back to 664 AD to learn more about a "sacrifice game" described in the codex. Jed leaps at the chance, and soon scientists are replicating his brain waves and sending them through a wormhole, straight into the mind of a Mayan king.

Only something goes wrong. Instead of becoming a king, Jed arrives inside a ballplayer named Chacal who is seconds away from throwing himself down the temple steps as a human sacrifice. If Jed can live through the next few minutes, he might just save the world.

Bringing to mind Neal Stephenson's Cryptonomicon and Gary Jennings's Aztec, yet entirely unique, In the Courts of the Sun takes you from the distant past to the near future in a brilliant kaleidoscope of ideas.