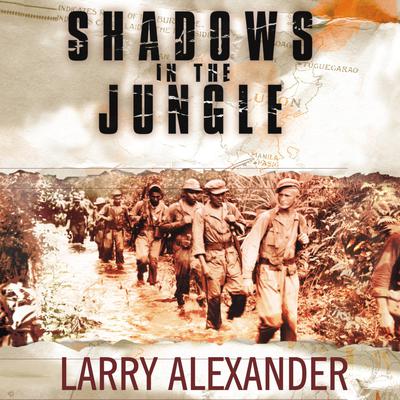 Shadows in the Jungle

The Alamo Scouts Behind Japanese Lines in World War II

Set on retaking the Philippines ever since his ignominious flight from the islands in 1942, General Douglas MacArthur needed a first-rate intelligence-gathering unit. Out of thousands, only 138 men were chosen: the best, toughest, and most fit men the army had to offer. Their task: silently slip onto Japanese-held islands, stalk through the thick jungles, and assess enemy locations, conditions, morale, and troop strength, all while remaining undetected. It was an impossible task, doomed to failure, but incredibly, the Alamo Scouts were a valuable success.

Throughout the years 1944 and 1945, the Scouts performed a wide array of special operations, many of them classified for decades after the war. More than just a recon and intelligence outfit, the Scouts also conducted rescue missions to recover captured military and civilian prisoners from Japanese camps, organized and supplied guerrilla freedom fighters, and provided protection for General MacArthur himself. They completed at least 107 known missions against superior numbers of enemy troops, but not a single Scout was killed or captured.

Writing with the narrative power usually found in a novel, Larry Alexander takes listeners in the footsteps of the men who made up the elite reconnaissance unit that served as General MacArthur's eyes and ears in the Pacific War. Drawing from personal interviews and testimonies from Scout veterans, Alexander weaves together the tales of the individual Scouts, who often spent weeks behind enemy lines to complete their missions. Now, more than sixty years after the war, the story of the Alamo Scouts has finally been told.