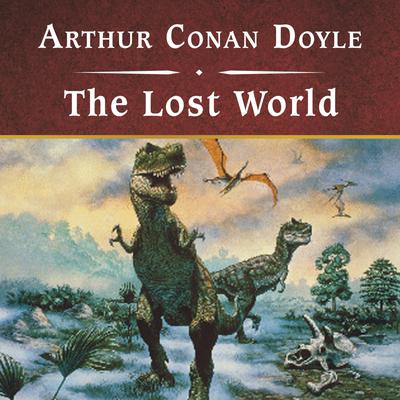 The Lost World, with eBook

On a zoology expedition up the Amazon River, Professor Challenger makes an inexplicable discovery. Back in London, his claims are ridiculed throughout the professional community. Reluctantly, he recounts to journalist Edward Malone, "Curupuri is the spirit of the woods, something terrible, something malevolent, something to be avoided. None can describe its shape or nature, but it is a word of terror along the Amazon. Something terrible lay that way. It was my business to find out what it was."

Professor Challenger vows to prove his tale at a zoological meeting, and a party is formed to find the truth. Malone joins adventurer Lord John Roxton and staid professor Summerlee on the mission. They journey to the depths of the Amazon, well provisioned and armed to the teeth. But how little they are prepared for what they find there.

Today, Arthur Conan Doyle is best known as the creator of Sherlock Holmes, but he was also the author of many science fiction novels, and The Lost World was one of his best. This original tale of the "living dinosaurs" was the inspiration for many others of its kind, including Michael Crichton's Jurassic Park.