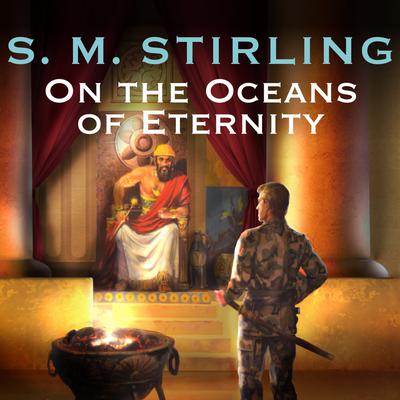 On the Oceans of Eternity

Ten years ago, the twentieth century and the Bronze Age were tossed together by a mysterious Event. In the decade since, the Republic of Nantucket has worked hard to create a new future for itself, using the technological know-how retained from modern times to explore and improve conditions for the inhabitants of the past.

Some of these peoples have become allies. Some have turned instead to the renegade Coast Guard officer William Walker. And for ten years, the two sides have tested each other, feinting and parrying, to decide who will be the ones to lead this brave new world into the future.

The final battle lines have now been drawn. And only one side can emerge the victor. 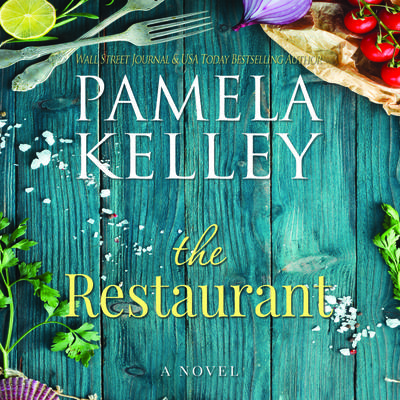 Mandy, Emma, and Jill are as close as three sisters who live hundreds of miles apart can be. Jill lives a glamorous life in Manhattan as a co-owner of a successful executive search firm. Never married and a workaholic, she lives in a stunning corner condo, and everyone thinks there's something going on with her partner, but there's never been... Read more » 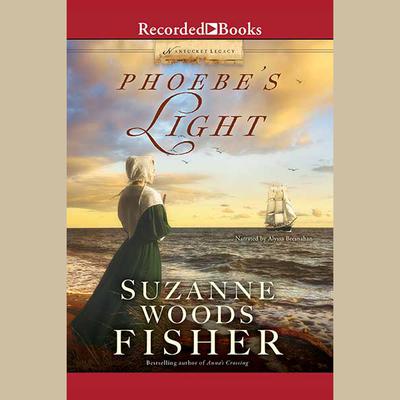 A young Quaker woman has everything she wants until a secret in her great grandmother's journal threatens her future as a Nantucket captain's wife. Phoebe Starbuck has always adjusted her sails and rudder to the whims of her father. Now, for the first time, she's doing what she wants to do: marrying Captain Phineas Foulger and sailing far away... Read more » 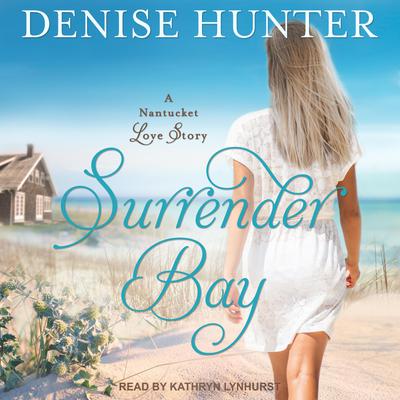 Once childhood friends, Samantha and Landon are now separated by distance and secrets. Will Samantha's return to Nantucket bring her the peace she longs for?

Samantha Owens's estranged stepfather has died, leaving her his cottage in Nantucket—a place she fled years ago, never planning to return. As a single mom, Samantha can't afford to pass up... Read more » 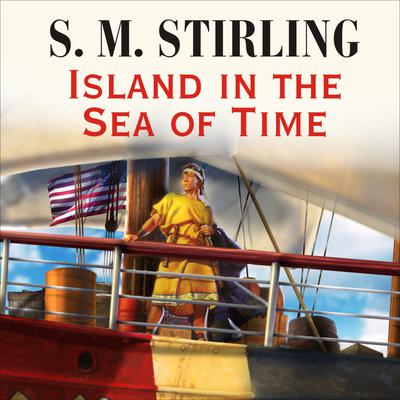 Island in the Sea of Time
S. M. Stirling

Island in the Sea of Time

During a perfect spring evening on Nantucket, a violent storm erupts and a dome of crawling, colored fire blankets the island. When the howling winds subside and the night skies clear, the stars appear to have shifted. The mainland has become a wilderness of unbroken forest, where tools of bronze and stone litter the beaches, and primitive... Read more » 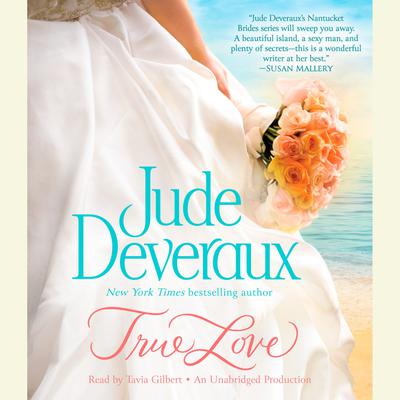 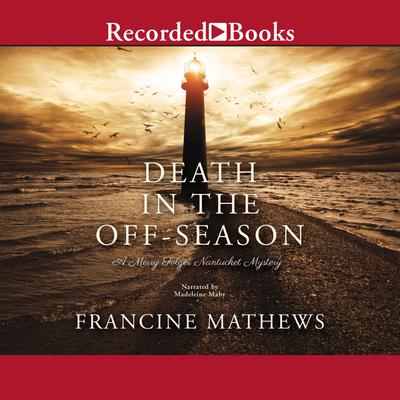 Death in the Off-Season
Francine Mathews

Death in the Off-Season

When Rusty Mason, scion of one of Nantucket's oldest and wealthiest families, is found dead in a flooded cranberry bog one foggy fall night, thirty-two-year-old detective Meredith Folger is faced with her first murder case. Merry is the daughter of the local police chief and granddaughter of his predecessor; her father is a strict boss and Merry... Read more » 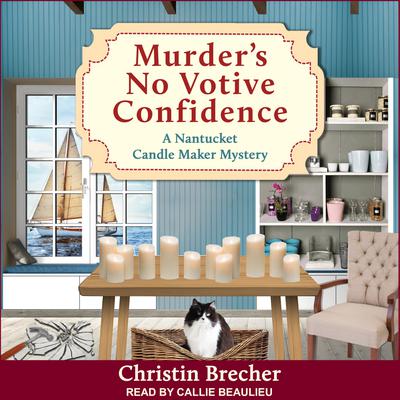 Nantucket candle store owner Stella Wright specializes in creating unique candles for every occasion. But someone sets the stage for murder when a Memorial Day celebration becomes a wedding to die for . . . 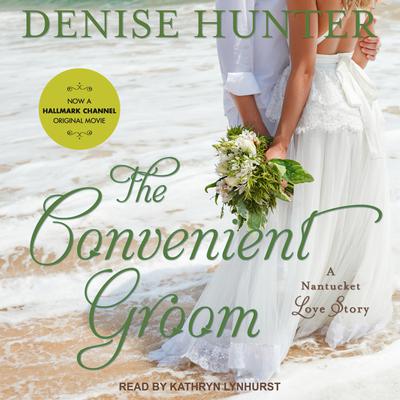 She wrote the book—literally—on finding the right mate. But does she really understand what love's about?

Five hours before her Nantucket beach wedding—and on the eve of her big book launch—celebrity marriage counselor Kate Lawrence has everything in place.

Everything, that is, but the groom. She might... Read more » 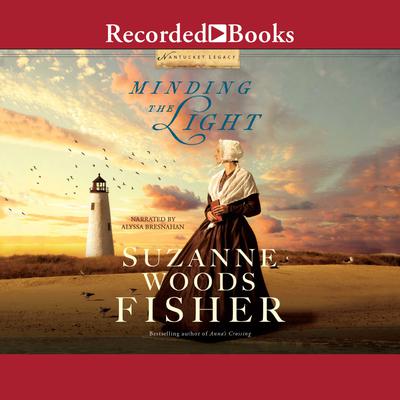 In 19th Century Nantucket, a Quaker woman must choose between the man everyone expects her to marry--or his seafaring cousin. Six long years ago, Captain Reynolds Macy sailed away from his bride, looking forward to the day when he would return to Nantucket Island with a ship's hold full of whale oil. But when that momentous day finally arrives,... Read more » 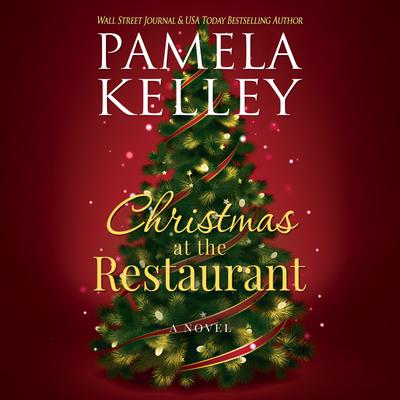 Christmas at the Restaurant
Pamela Kelley

Christmas at the Restaurant

Nantucket's famous Christmas Stroll is always the first week of December, and this year, sisters Mandy and Emma and executive chef Paul want to do something extra special for Mimi's Place, the restaurant they co-own. It will be Emma and Paul's first Christmas together as a couple, and Mandy's first holiday as a newly single and divorced mother... Read more » 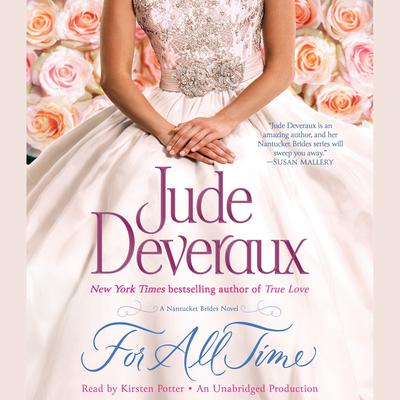 For All Time
Jude Deveraux

Jude Deveraux returns to the magnificent, sunny island in For All Time, the second novel in her Nantucket Brides trilogy—this time featuring the next generation of her beloved family of Montgomery-Taggerts.

The wedding of Alix Madsen and Jared Montgomery is a glorious affair at an elegant little chapel in the woods,... Read more » 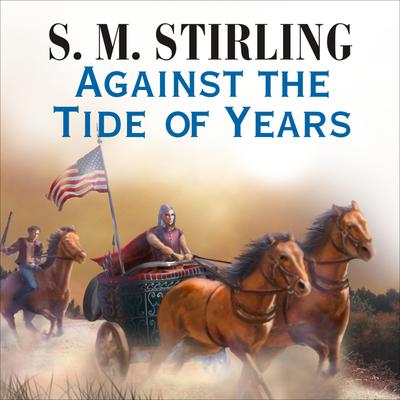 Against the Tide of Years
S. M. Stirling

Against the Tide of Years

In the years since the Event, the Republic of Nantucket has done its best to re-create the better ideas of the modern age. But the evils of its time resurface in the person of William Walker, renegade Coast Guard officer, who is busy building an empire for himself based on conquest by technology. When Walker reaches Greece and recruits several... Read more » 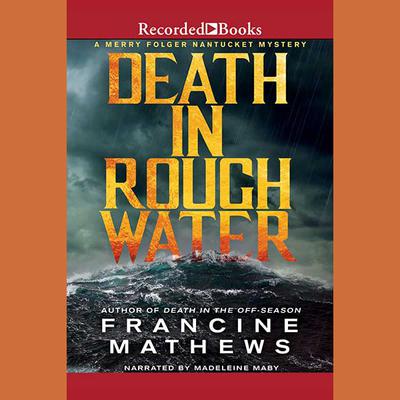 Fresh from her first murder case, Nantucket detective Merry Folger is unwillingly sucked into her second. When Joe Duarte, a fishing boat captain with decades of experience on the wild seas off Nantucket, is swept overboard during a spring storm, his death is pronounced accidental. But his estranged daughter, Del, is convinced it's murder. She... Read more » 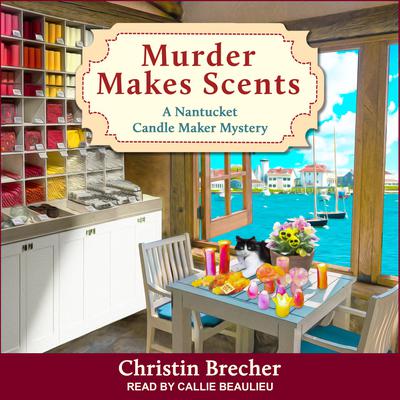 Stella Wright loves creating candles at her Nantucket store—and she also has a burning passion for justice. Now, after visiting a perfume conference, she must solve a vial crime . . .

Stella and her globe-trotting mom, Millie, have come home from a perfume industry conference in Paris, where their trip was marred by witnessing the stabbing... Read more »

On the Oceans of Eternity
S. M. Stirling

On the Oceans of Eternity

Ten years ago, the twentieth century and the Bronze Age were tossed together by a mysterious Event. In the decade since, the Republic of Nantucket has worked hard to create a new future for itself, using the technological know-how retained from modern times to explore and improve conditions for the inhabitants of the past.

Some of these peoples... Read more » 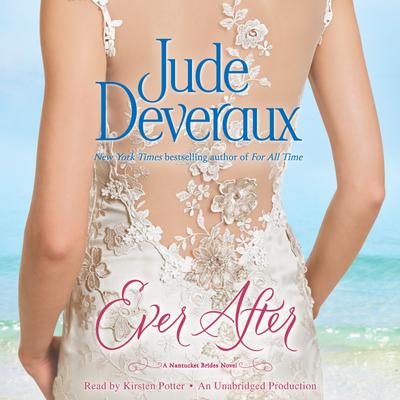 Ever After
Jude Deveraux

Life is anything but perfect for Hallie Hartley, a young physical therapist who has given up nearly... Read more » 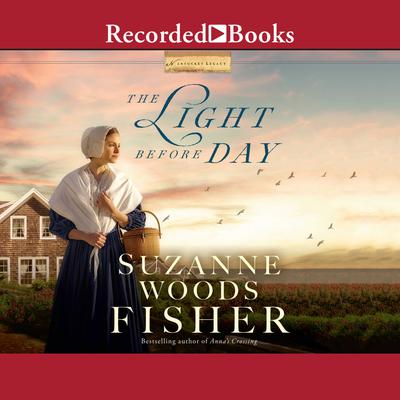 The Light Before Day

After three years on a whaling voyage, Henry Macy returns to Nantucket to news that his grandmother has passed, bequeathing her vast fortune to him and his sister, Hitty. And it was truly vast. But Lillian Coffin was no fool. The inheritance comes with a steep cost, including when they should marry and whom--a Quaker in good standing, of course.... Read more » 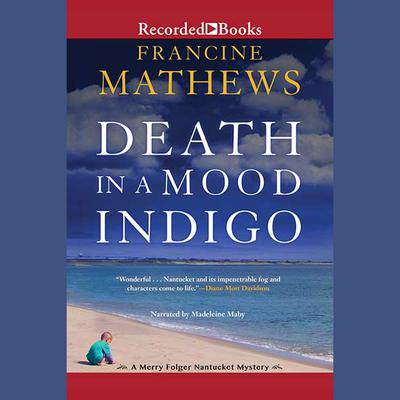 Death in a Mood Indigo

The third book in the recently revamped Nantucket mystery series. When two children make a grisly discovery on Sconset beach, Detective Meredith Folger finds herself with a perplexing case on her hands. The crime lab can tell her only that the newly unearthed skeletal remains belonged to a woman who was strangled to death somewhere between two... Read more » 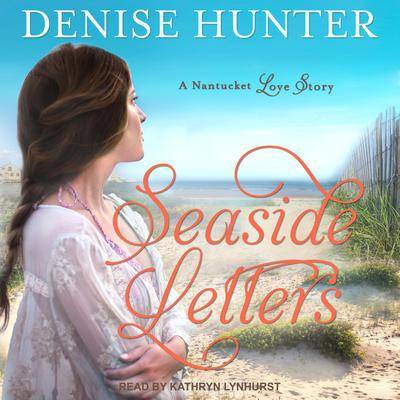 "No matter where you are or how long until we can be together, I'll keep searching for you."—Tucker

Sabrina never intended to fall in love with Tucker McCabe, the man she serves coffee to every morning at a Nantucket cafe-especially since he's unwittingly tied to a past she deeply regrets. A past that is so riddled with mistakes, it has... Read more » 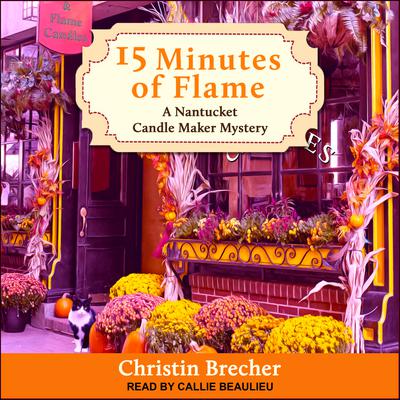 When Stella's friend inherits a creaky, abandoned home in Nantucket, she knows it's the perfect setting for the town's annual Halloween fundraiser. A... Read more » 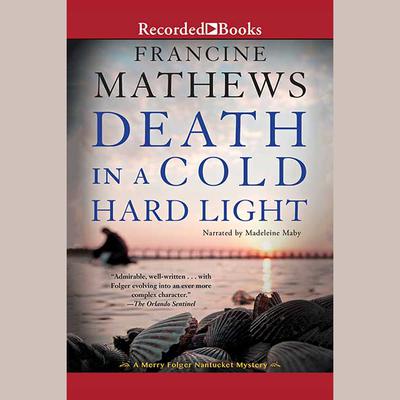 Death in a Cold Hard Light

The fourth book in the recently reissued Nantucket mystery series. Merry Folger is more than ready for a romantic vacation with her fiance Peter when fate--and her police chief father--intervenes. Twenty-one-year-old Jay Santorski never should have drowned in the frigid waters off the Nantucket shore. What was the athlete, Harvard scholar, and... Read more » 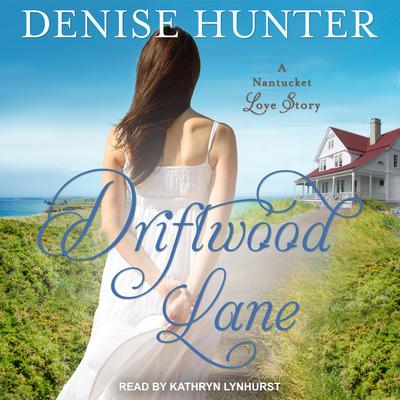 Meridith believes she is capable of weathering any storm. But she's never experienced a love powerful enough to uproot her . . . until now.

Meridith Ward has crafted a carefully ordered life to make up for the chaos that plagued her childhood years. But one phone call upsets all that. Within the span of several minutes, Meredith learns that the... Read more » 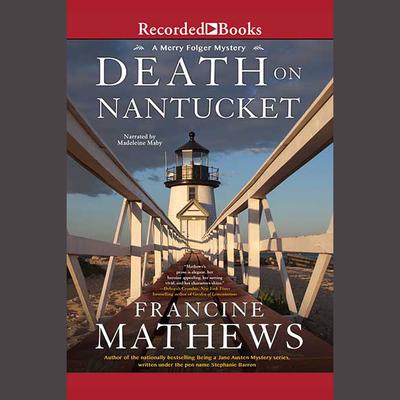 Spencer Murphy is a national treasure. A famous correspondent during the Vietnam War who escaped captivity in Southeast Asia, he made a fortune off of his books and television appearances. But Spence is growing forgetful with age; he's started to wander and even fails to come home one night. When a body is discovered at Step Above, the sprawling... Read more » 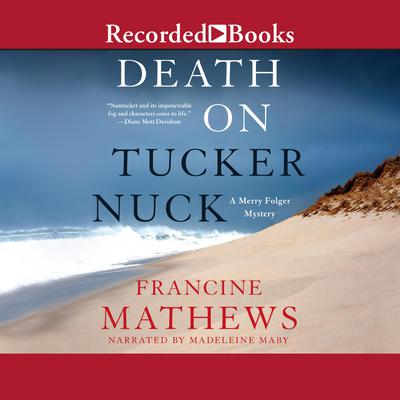 In the Category 3 winds of a late-season hurricane, Nantucket police detective Merry Folger and her team attempt a rescue off the secluded island of Tuckernuck—only to discover a deadly secret. As a Category 3 hurricane bears down on Nantucket, Dionis Mather and her father have their work cut out for them. Their family business is to ferry... Read more » 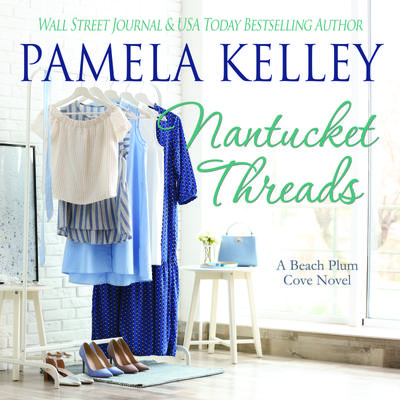 Izzy's life is about to change soon in the biggest way possible. She is excited and nervous and torn about whether or not to give her ex, Rick Savage, another chance. Rick has tried to be a better man. He's gone through anger management classes and really seems to be making an effort. But is that enough? Does she owe it to him, to them, to try... Read more » 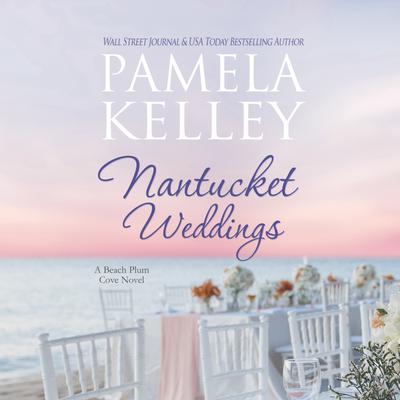 Mia Maxwell used to have her dream job. She is a sought after wedding planner on Nantucket, with no shortage of business. But she is struggling a bit to get back to loving her job. It has been bittersweet to plan other people's weddings—ever since her own fiance died two weeks before their wedding.That was a year ago and she was just starting to... 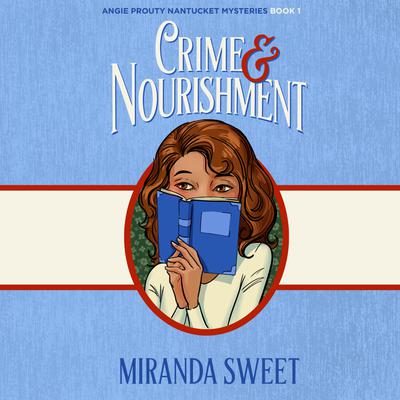 Good books don’t give up all their secrets at once. Neither does the island of Nantucket.When Agatha Mary Clarissa Christie Prouty, a.k.a. Angie, abandons her fiancé and her analyst job at a big Manhattan investment firm, she doesn’t expect to end up back where she started—the island of Nantucket.It’s not every day you get a chance to open a... Read more »