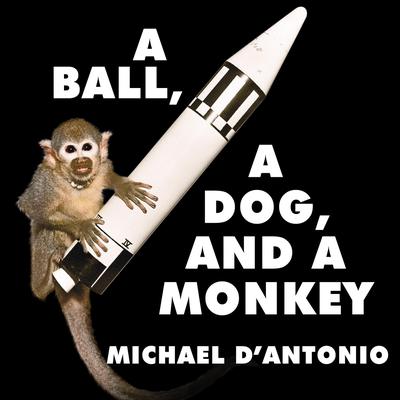 A Ball, a Dog, and a Monkey

Pulitzer Prize-winning writer Michael D'Antonio captures the wackiness of the first year of the space race as the Americans scrambled desperately to match the Soviets and President Eisenhower intervened to guarantee that the space program would not be run by the military.

On October 4, 1957, the Soviet Union successfully launched Sputnik I, the first artificial satellite into orbit around the earth. Little more than a month later, the Soviets launched Sputnik II. News of Sputnik created panic in Washington, D.C., and throughout the United States. Within days, the U.S. military began a madcap race to space full of crashes, skullduggery, and backstabbing until Eisenhower's secret civilian program surpassed the Soviets by putting the first American—a hero monkey named Gordo—into orbit.

D'Antonio draws on archives, film footage, and interviews with many of the scientists, reporters, and others who were involved in the first year of the space race. He recounts the early days of the space race with all the zaniness and urgency of the time, just in time for fiftieth anniversary commemorations.