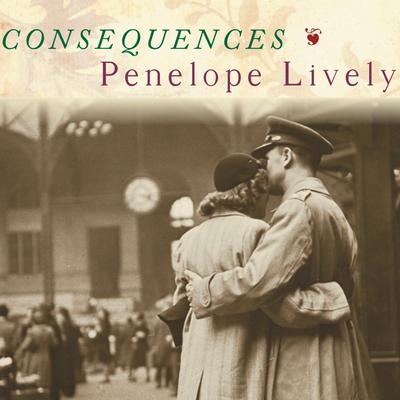 Consequences is a love-story-times-three that opens on the eve of the Second World War, with a chance meeting in St. James's Park, London. Wholly in love, Lorna and Matt leave the city for a cottage in a rural Somerset village. Their intimate life together is shattered when the war begins and by Matt's tragic death in action.

Twenty years later, their daughter, Molly, happens upon a forgotten newspaper—a seemingly small moment that leads to her first job and, eventually, a pregnancy by a wealthy man who wants to marry her but whom she does not love. But it is her own daughter, Ruth, who begins the journey that will take her back to 1941—and a redefinition of herself and of love.

Told in Lively's incomparable prose, Consequences is a powerful story of growth, death, and rebirth and a study of the previous century—its major and minor events, its shaping of public consciousness, and its changing of lives.